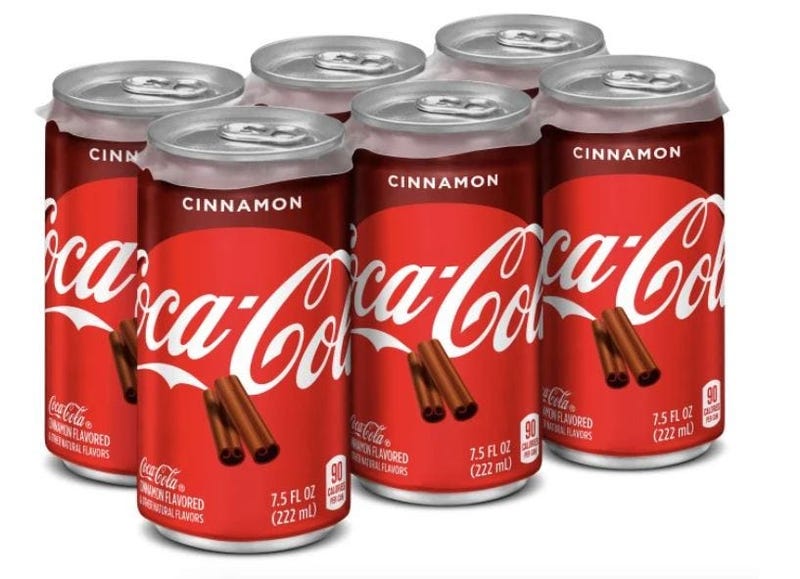 NEW YORK (1010 WINS) -- Coca-Cola kicked off the holiday season with the release a couple of weeks ago with its limited-edition Coca-Cola Cinnamon.

"This festive new flavor is the perfect way to spice up the season," Coca-Cola says on its website.

It says the drink has "the original taste of Coca-Cola with a dash of delicious cinnamon flavor."

Now, keep in mind, a cinnamon-flavored cola isn't thinking too much outside the box -- after all, cola flavoring is a mix of citrus flavors and spice flavors, including cinnamon.

So how does Coca-Cola Cinnamon -- which is available until the end of the year with its holiday sibling, Winter Spiced Cranberry Sprite -- taste?

Walter Geis: "It tastes like the people at Coca-Cola just poured some cinnamon into a regular can of Coke and called it a day. It may sound like an odd complaint but I was hoping for a candy cinnamon taste like in Red Hots or Hot Tamales. This new Coca-Cola is fine if you like powdered cinnamon -- but I wouldn't pour it on my French toast!" 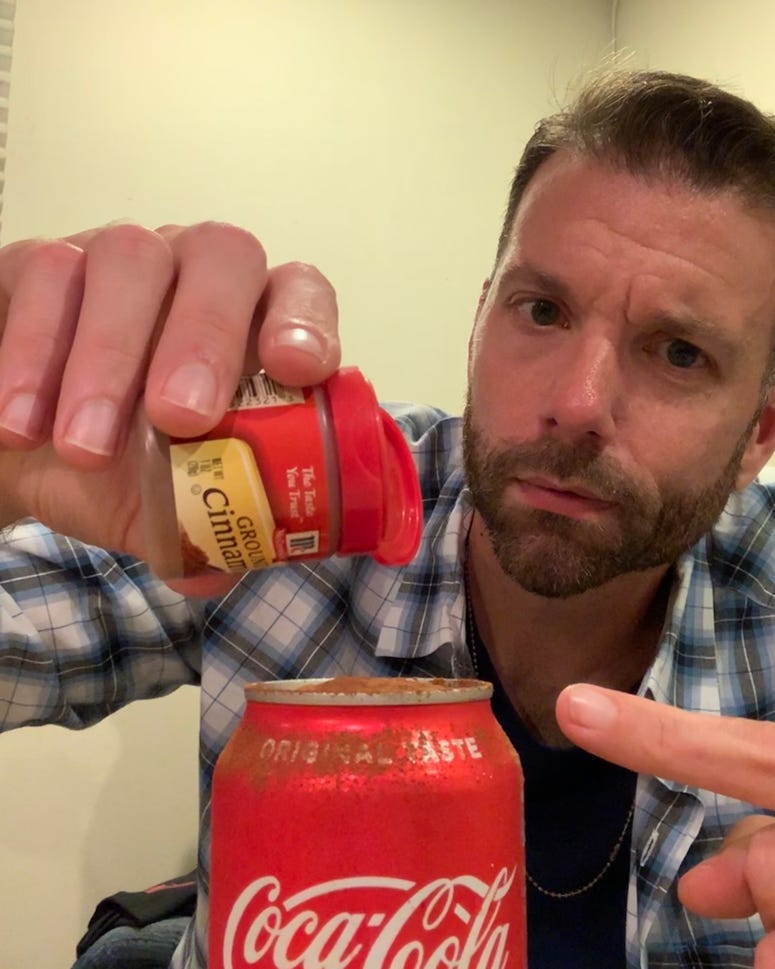 Kimberly Dole: "I’m not much of a soda drinker so I went in with pretty much no expectations. I do like holiday drinks and I was hoping I didn’t hate the cinnamon Coca-Cola. The can had a photo of two sticks of cinnamon on it and I wondered who thought to add cinnamon to this carbonated drink.
I took my first sip and you can taste the cinnamon after a second or two. It’s as if an accidental sprinkle of a few dashes of cinnamon turned out to be a happy accident. It wasn’t terrible, it actually wasn’t bad at all. Because it was cinnamon, it wasn't too harsh or overbearing. It actually did remind me of a fall drink, I just felt that it was weird that the fall drink I was consuming was cold and not a warm one.
The verdict? It was decent. Slightly above average even. I’m sure actual soda drinkers would appreciate it more than I did. I didn’t dislike it, but I won’t be raising a glass with any of the Coca Cola polar bears any time soon!" 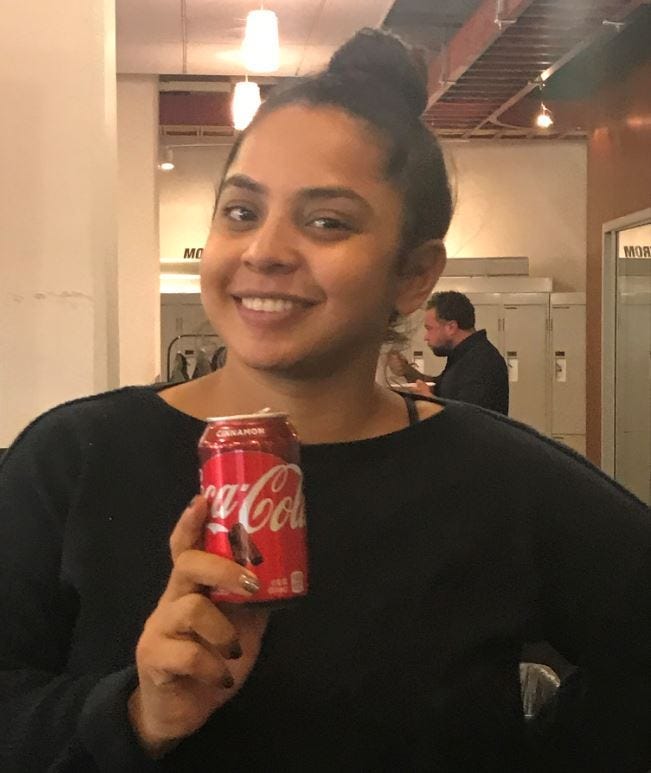 David Caplan: "I love cinnamon -- gum, baked goods, etc. But my spider-sense told me that I would not be as enthralled with cinnamon-flavored Coke. And I was right. After my first sip, right away I thought, 'I'm not a fan.' Coke already has a cinnamon-esque flavor, so to me this was overkill.
I will say, though, that it does taste very Christmas-y, so I did enjoy being briefly transported to the holidays. Bottom line? I wouldn't get it again." 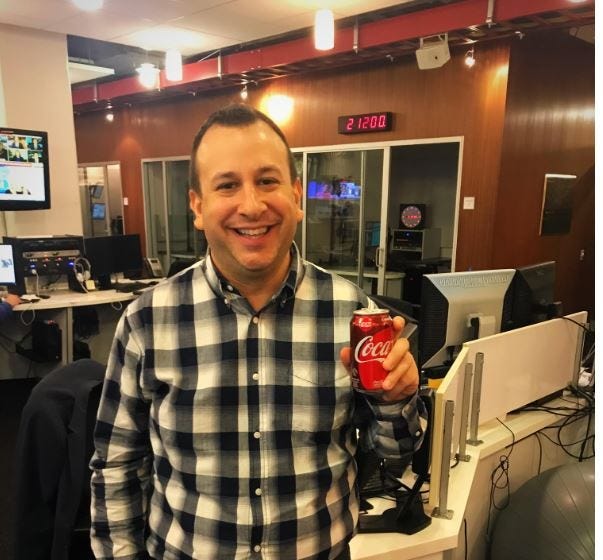