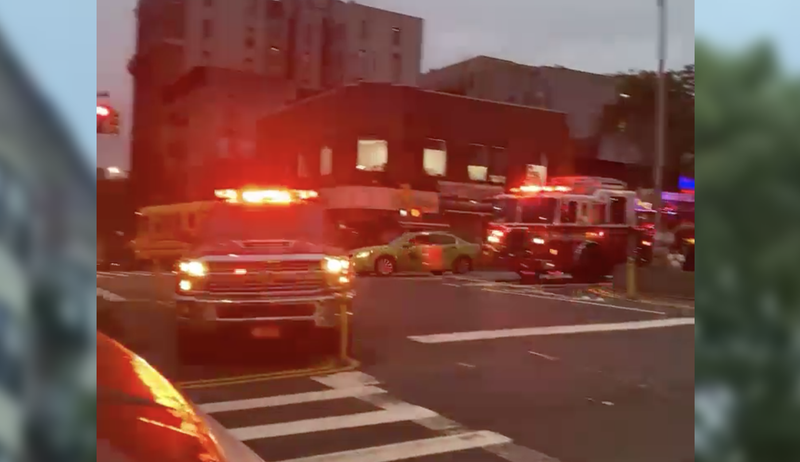 NEW YORK (1010 WINS) -- About 14 people were injured after a fire broke out at an apartment in an Upper Manhattan early Tuesday, fire officials said

A 5-year-old girl was among those rescued by FDNY.

"As soon as we turned the corner, we saw fire blowing out of two or three windows. I was assigned to the roof position," Firefighter Abraham Miller said. "We heard screams, a lot of people screaming and we were trying to find out where those screams were coming from. When we looked over the side of the building we saw a little girl’s hands on the window guards and her Grandmother was holding her up to try to get her out just so she could breathe."

Miller was able to punch through the window and grab the child out of the window. "It was tough but we did what we had to do, we didn’t think twice about it. We practice this drill every Monday, but this was my first roof-rope rescue. This is a team effort."

"We began to search for the source and we saw a kid’s little hands were showing out of one of the windows. I had my rope ready to go," Saosa said. "It was a relief when it was all over and everyone was safe.”

All victims were all taken to area hospitals.