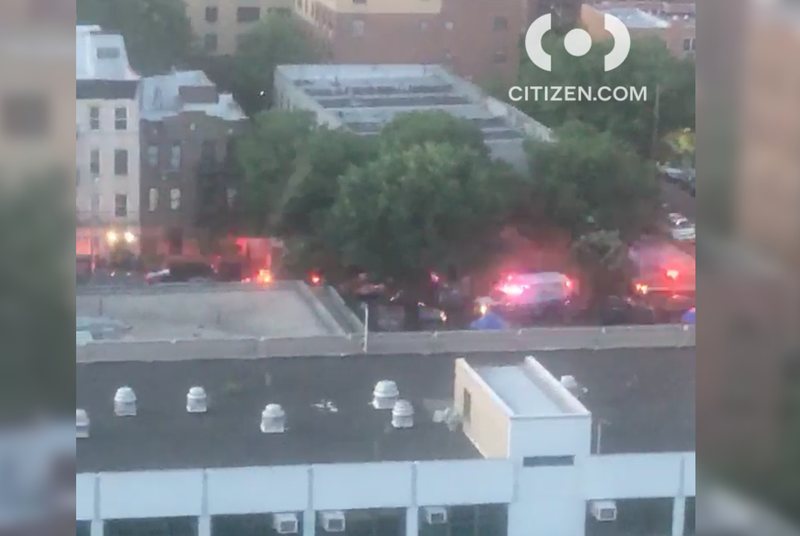 NEW YORK (1010 WINS) – Nearly two dozen people have been injured in shootings across New York City this weekend, with at least two men dying from their injuries, police said.

There have been at least six shootings in the Bronx and four in Brooklyn, with another two in Queens and one in Manhattan, WABC-TV reported. The shootings from Friday to Sunday have left about 20 people injured, according to multiple reports, although an exact number wasn't immediately clear.

WNBC-TV reported that 19 people were injured in more than a dozen shootings on Saturday alone.

A 35-year-old man was shot and killed by a man who walked up to him as he was washing his car on Milford Street in East New York Saturday morning. The NYPD released surveillance video of the attack (Warning: the video is graphic).

WCBS-TV reported that the victims have ranged in age from 16 to 47. Some of them appeared to have been targeted, while others were bystanders hit by gunfire.

The shootings come after a violent week in New York City, when 28 incidents and 38 victims were reported between Monday and Friday, according to the New York Post. There were reportedly only 12 shootings during the same week last year.

The Sergeants Benevolent Association, an NYPD union, slammed the city's politicians in a tweet Saturday afternoon that appeared to include a list of recent shooting victims. "The body count is growing," the union said.

NYC shooting violence in 24 hrs thanks to New York’s FAILED politicians who lack the courage to tell the truth & now who suffers? Who are the real victims? Where are the phony politicians now? Take a bow DeBlasio, City Council, NYS Senate the body count is growing. You own it! pic.twitter.com/B1tzscfUCf