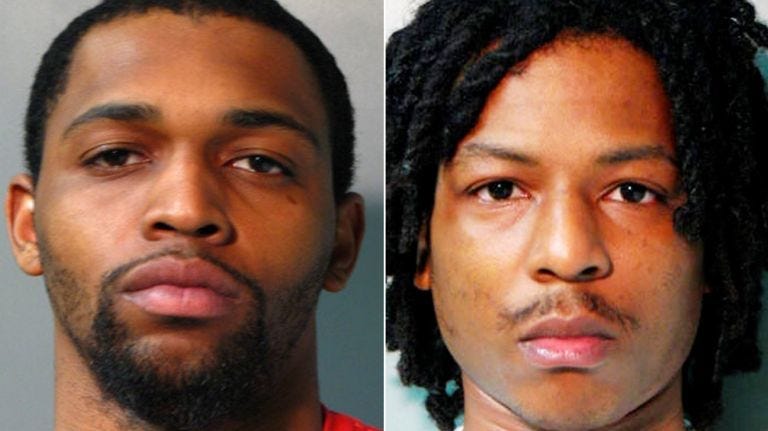 NEW YORK (1010 WINS) -- Two men face felony charges after they were arrested by police on Tuesday for attempting an "Elder Scam" on Long Island.

Detectives say that a 74-year-old man who lives out of state, was targeted and contacted via telephone on Feb. 7, by an unknown man claiming that the victim's son had been arrested and needed bail money for his release.

He was then instructed to place $6,500 cash into a package and have it sent to a UPS facility in Uniondale.

Nassau police began working with UPS and arranged a "controlled delivery" setup at the facility.

On Feb. 11, at 11:00 am, 25-year-old Tyshawn Redford and  23-year-old Keyshawn Coveal arrived at the UPS facility attempting to claim the package and were arrested by detectives.

Officials say both men were in possession of "forged documents in the names given to the victim at the time of the initial phone call."Both Redford and Coveal are charged with Possession of a forged instrument in the second degree and attempted grand larceny in the third degree.