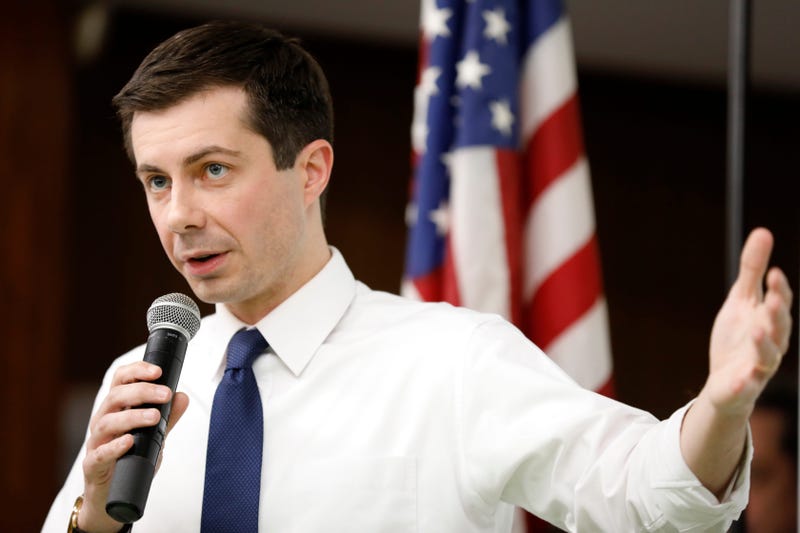 NEW YORK (1010 WINS) -- Democratic presidential candidate Pete Buttigieg will be feted at a pair of fundraisers in Manhattan May 13.

Then later in the evening, another reception for the South Bend, Indiana, mayor will be hosted by Tory Burch Inc. executive Robert Isen. Tickets for that event are $2,800.

A few days earlier on May 9 in Los Angeles, there will be a fundraising repception at the home of  Gwyneth Paltrow and Brad Falchuk.

Next Thursday, Buttigieg's husband Chasten will speak at NYU, as a guest of the school's Democratic club.