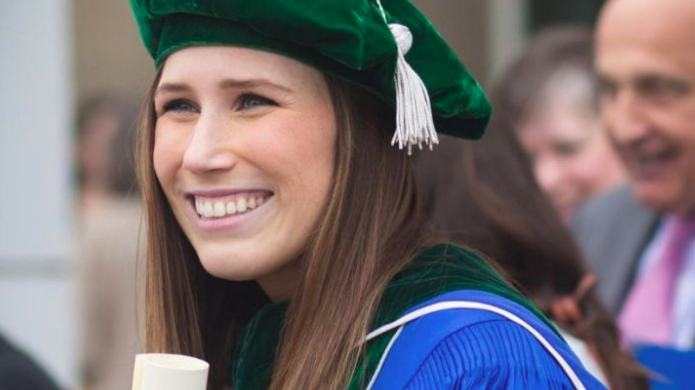 NEW YORK (1010 WINS) -- A 28-year-old doctor from the Syracuse area has died after a months-long battle with COVID-19, according to a report.

Adeline Fagan, an OB-GYN resident who grew up in LaFayette, New York, died in Houston over the weekend, Syracuse.com reported.

Fagan had been treating COVID-19 patients on a rotation in a Houston hospital’s emergency room before she herself fell sick, family members wrote on a GoFundMe page they set up to raise money for her medical expenses.

“What started as intense flu-like symptoms escalated within the week to a hospital stay,” they wrote. “Adeline spent the next few weeks battling COVID and was treated with several different respiratory therapies and put on dozens of drugs.”

On Aug. 3, doctors at the hospital placed Fagan on a ventilator, and a day later, they “took the last remaining step available” and placed her on ECMO, or extracorporeal membrane oxygenation,” her family wrote. On Saturday, Fagan’s father confirmed that she had passed away.

“September 19, 2020, 4:24 AM Central Time. The time the world stopped for a moment and will never be the same,” he wrote in an update on the GoFundMe page. “Our beautiful daughter, sister, friend, physician, Adeline Marie Fagan, MD passed away.”

Fagan graduated from Bishop Ludden High School and went to medical school at the State University of New York at Buffalo, according to Syracuse.com.