NEW YORK (1010 WINS) – At least seven people were hurt, one of them critically, when a car ran a red light into oncoming traffic in Manhattan on Saturday night, police said.

Several pedestrians in a crosswalk were struck when the car ran the light around 9 p.m. at East 23rd Street and Park Avenue in the Flatiron District, police said.

The sedan then crossed into oncoming traffic and slammed into another sedan head-on, pushing that car into a third vehicle.

Citizen App video shows the two black sedans smashed together near the intersection. A black SUV can be seen smashed up against the back of the second sedan. 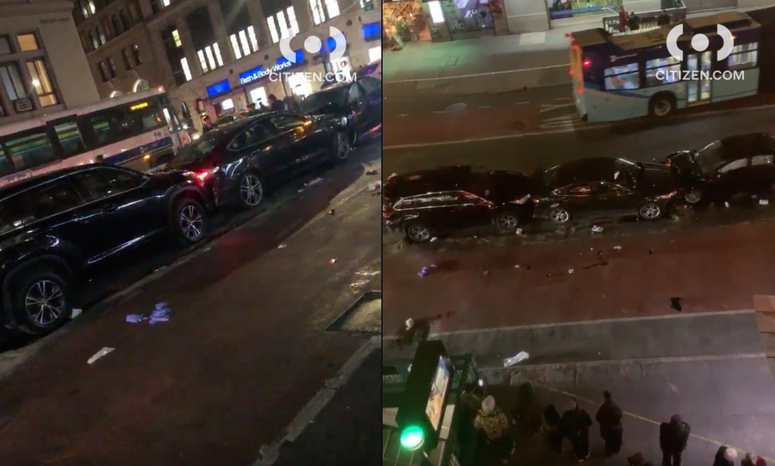 Police said three people in the crosswalk were hit and that one of them was critically injured.

By Sunday morning, five of the victims were in stable condition and two more were in serious condition at area hospitals, police said.

Authorities believe the driver who sparked the crash may have had a medical episode. He or she has not been charged.