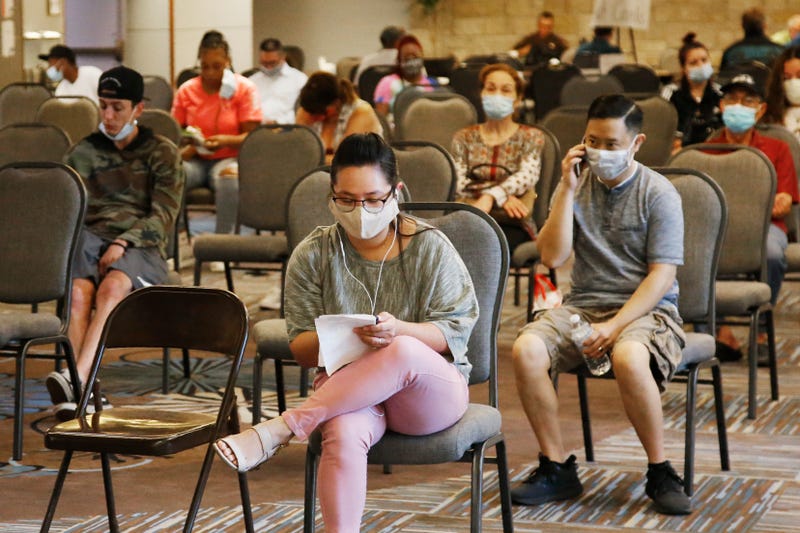 NEW YORK. (1010 WINS) -- Unemployment insurance benefits were finally distributed. to 2.26 million New Yorkers this week, for a $1.9 billion total, weeks after the White House accused the state of stonewalling the aid.

According to the state Labor Department, New Yorkers on unemployment received $300 for delayed federal Lost Wage Assistance benefits for the weeks of Aug. 2, 9, and 16.

The state was approved for a second round of benefits - for a maximum of six weeks of payments, by the Federal Emergency Management Agency, who also oversees the program.

Starting next week, approximately 2.3 million New Yorkers will be given $300 LWA back payments processed by the Labor Department for the weeks of Aug. 23, 30, and Sept. 6.

"Over the last six months, we have moved heaven and earth to connect millions of New Yorkers with their benefits, including nearly $1.9 billion in Lost Wages Assistance payments distributed just this week,"  state Labor Commissioner Roberta Reardon said.

On Aug 8, President Donald Trump authorized the federal unemployment insurance by executive after July 31st expiration of the payments of $600 a week by the CARES Act.

When it was first announced, Gov. Andrew Cuomo initially opposed Trump’s alternative program, calling it both "laughable" and "impossible" over the states' requirement to contribute an additional $100 a week for each unemployed worker, which the White House eventually.

The White House then accused the Cuomo administration of wavering the president’s offer of the $300 bonus to the unemployed through the $44 billion Lost Wages Program.

Last week, the Labor Department officials announced that the state qualified for the program and would begin to release funds.