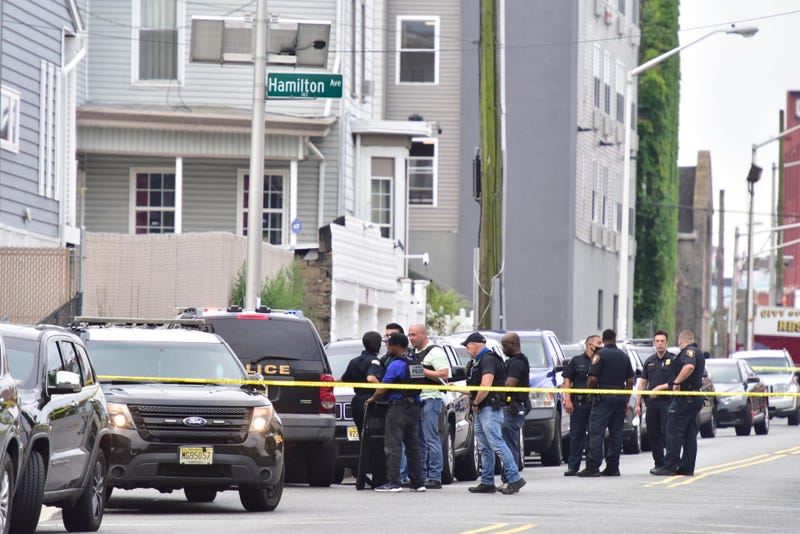 PATERSON (1010 WINS) – Four people were killed, and three other people wounded, in a shooting in Paterson overnight, authorities said.

Witnesses said shots were fired from a vehicle that sped off from the scene.

Four of the victims died at St. Joseph's Regional Medical Center, where three other victims were being treated for injuries, authorities said.

Sources told 1010 WINS that an investigation into the shooting showed it may have been a retaliation by gang members who were recently released from prison.

About a mile away from that shooting scene Wednesday morning, U.S. Marshals got in a two-hour standoff with a suspect on Hamilton Street, though it was unclear if it was related in any way to the shooting overnight.

US Marshall officers on scene here in Paterson standoff with man wanted for murder in NYC. @1010WINS pic.twitter.com/sgEhlJ3T29

Authorities said the man in the standoff was wanted on a murder warrant out of New York City.

The standoff started around 6 a.m. and ended around 8 a.m., when shots were fired.

Authorities said the suspect was killed. His identity has not been released.

Closer view of US Marshalls and Paterson police on Hamilton street. Standoff with man wanted for murder in NYC is over awaiting uodate in suspect name and condition @1010WINS pic.twitter.com/8IwUn96kog