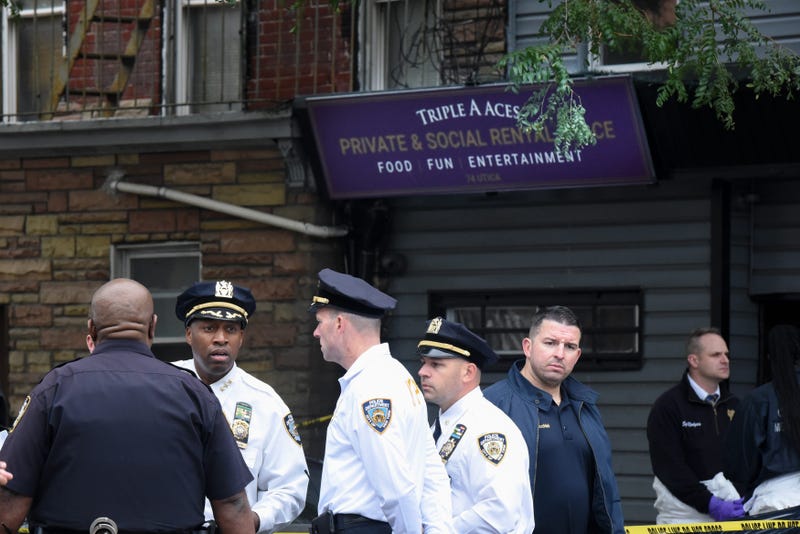 NEW YORK (1010 WINS/AP) – Authorities have identified the four men killed in Saturday morning’s shooting at an illegal gambling hall in Brooklyn as new details emerge about the possible cause of the shooting.

At least two guns were recovered after 15 shots were fired in a “chaotic scene” that sent dozens of people fleeing from a first-floor gambling den on Utica Avenue in Crown Heights. Detectives continued to investigate at the scene Sunday but no arrests have been made.

Police said Sunday that the victims were 36-year-old Terence Bishop, 47-year-old Dominick Wimbush, 37-year-old Chester Goode and 32-year-old John Thomas. All of the men were from Brooklyn.

“They need to put the guns down,” Baldwin told CBS2. “That’s the main thing. What was the reason? The man was innocent.”

Baldwin told the New York Post that the shooting started after "someone thought they were cheated and wanted their money back, plus other people’s money."

Police sources confirmed to the Post that the shooting appeared to have started after one of the gamblers claimed he was cheated.