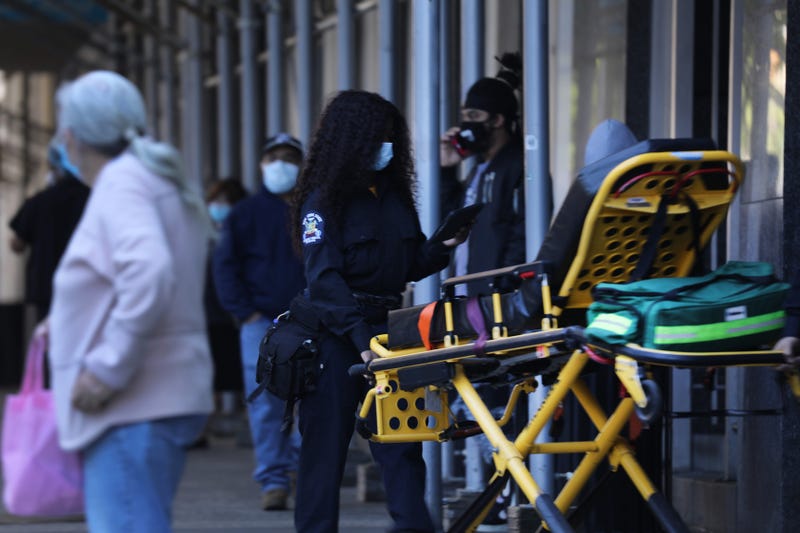 NEW YORK (1010 WINS) -- Mayor Bill de Blasio said Wednesday that dozens of children in New York City have been diagnosed with a mysterious illness associated with the coronavirus and that the city is launching an ad campaign to help get the word out to parents.

The mayor said 82 children in New York City have been diagnosed with the condition, known as Pediatric Multi-System Inflammatory Syndrome, so far.

Of the 82 children diagnosed, 53 tested positive for the coronavirus or COVID-19 antibodies, the mayor said. One of the children, a 5-year-old boy, has died.

"A few days ago we lost a child. It's the first time we saw a child die from this horrible syndrome," de Blasio said. "And we all have to work together, hoping and praying that there will not be another child lost and that we can save every child going forward. And that vigilance is crucial. It's crucial in the whole health care system, which is why our health commissioner issued an alert to all health care providers to immediately both look for these symptoms and act on them, but also repot any and all activity to the Health Department so we can understand better how to fight back against this problem."

De Blasio said the city is launching a multilingual PSA campaign Wednesday to inform parents about the risk posed by the condition.

There have been 185,206 coronavirus cases reported in the city as of Wednesday.

The mayor also talked about a stimulus package making its way through Congress. He said it's what New York City needs to help get back on its feet with billions in funding.

"This actually gives us the ability to move forward," de Blasio said. "It really will be the game-changer we need."

The stimulus package directs $17 billion in aid to New York City, part of $375 billion set aside for counties and localities.

Another $34 billion in the package would go to New York state, part of $500 billion for states.

"What we have needed is a clear commitment from the federal government for a massive stimulus plan that would put us back on our feet and make us strong for the future," de Blasio said. "Finally we see the beginning of an answer in Washington D.C."

De Blasio praised House Speaker Nancy Pelosi and Senate Minority Leader Chuck Schumer for their work on the bill and encouraged bipartisanship in passing it.

"He now has the very tough job of shepherding this through the U.S. Senate," de Blasio said of Schumer. "Thank God Schumer is in the role he is in as the Democratic leader of the Senate."

The "difference maker" is President Donald Trump, de Blasio said, encouraging the president to get behind the legislation for the sake of New Yorkers and people in cities across the country.

"Mr. President, we're looking to you. Your hometown is looking to you," de Blasio said. "You say the word and the U.S. Senate will follow. It's as simple as that."

De Blasio also announced that the city is doubling the number of streets it has opened up to pedestrians stating Thursday.

There will be 12 more miles of open streets in addition to the over 9 miles that are already open, he said.

The streets have been opened to help people social distance during the outbreak.

The city plans to open 40 miles of streets in May, with the ultimate goal of 100 open streets in the coming months.

Here are the upcoming street openings: 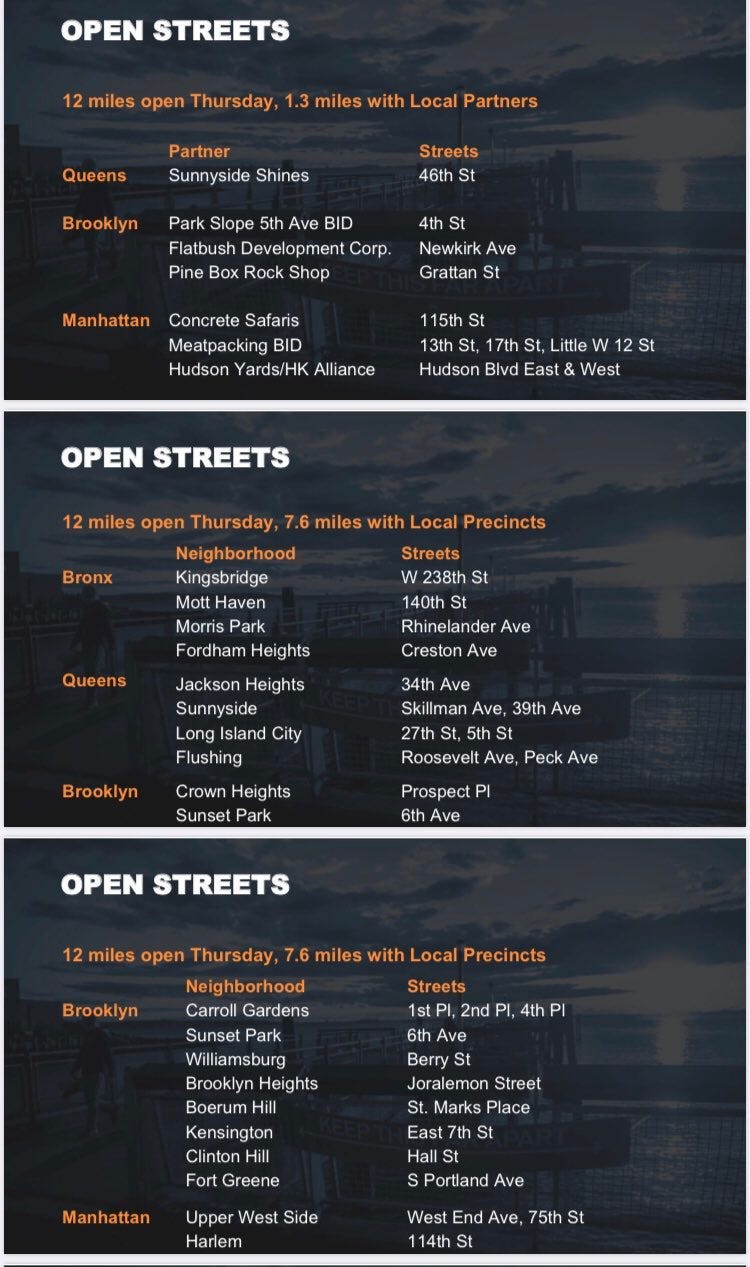 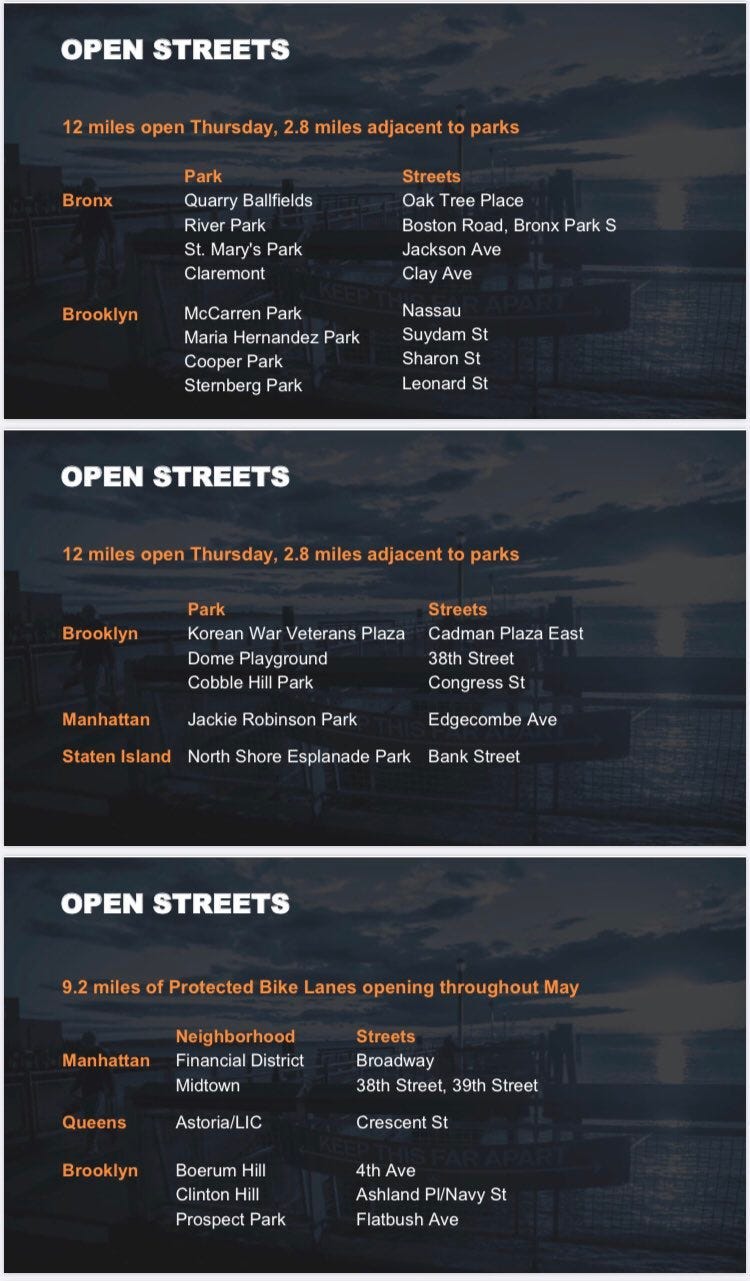