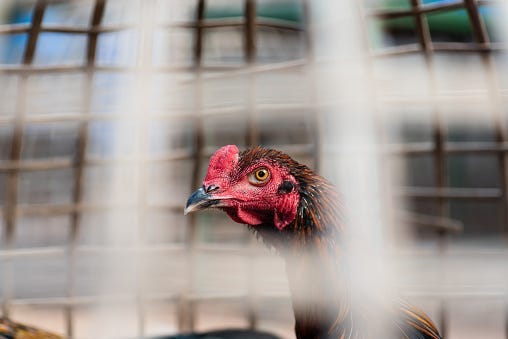 The discovery was made at a location on 6th Avenue at approximately 1 a.m. after a raid by narcotics detectives.

"As a result of (earlier) narcotics complaints and investigations, the raids yielded drugs, arrests and the discovery of a major cockfighting arena and operation," Paterson police Director Jerry Speziale said in an email on Wednesday.

Paterson animal control and the fire department shut the location down.There was frozen water found at the scene."It's a really sad situation because it's really bad back there," said John Decando, Paterson Chief Animal Control Officer. "There's no food back there, there's no water, there's no proper shelter, they're all laying out there."

The roosters were taken to St. Hubert's, a sanctuary that handles distressed animals, and will all be evaluated by veterinarians before being placed, according to Speziale.Police have not yet released information on the charges against those involved but an investigation is ongoing and animal cruelty and other related charges will be investigated, Speziale added.