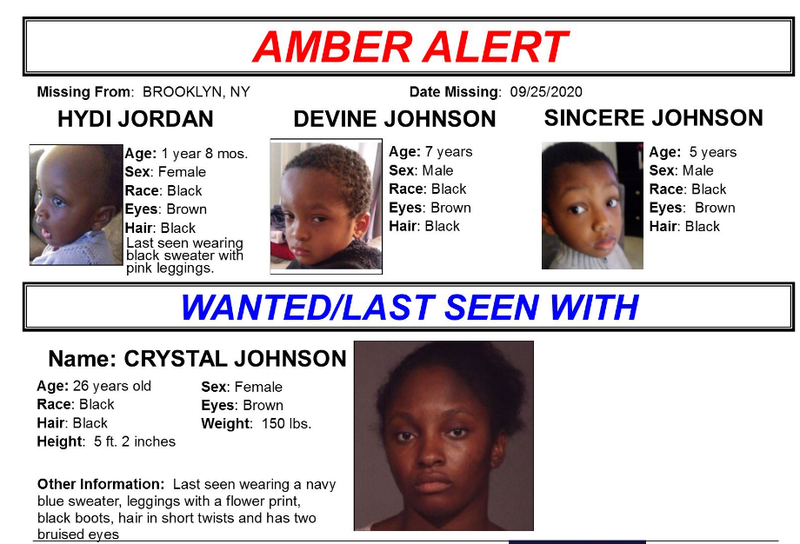 NEW YORK (1010 WINS) -- An Amber Alert was called off Friday night for three Brooklyn children, who found with their mother in New Jersey.

The trio -- 2 boys, ages 7 and 5, and a one-year-old girl -- had last been seen in Brooklyn with their mother Friday afternoon.

"The AMBER ALERT issued on behalf of the NYPD has been canceled," New York State Police tweeted. "The children have been located safely."

As previously reported, police also said that a girl abducted in Pennsylvania was found safe in New York City