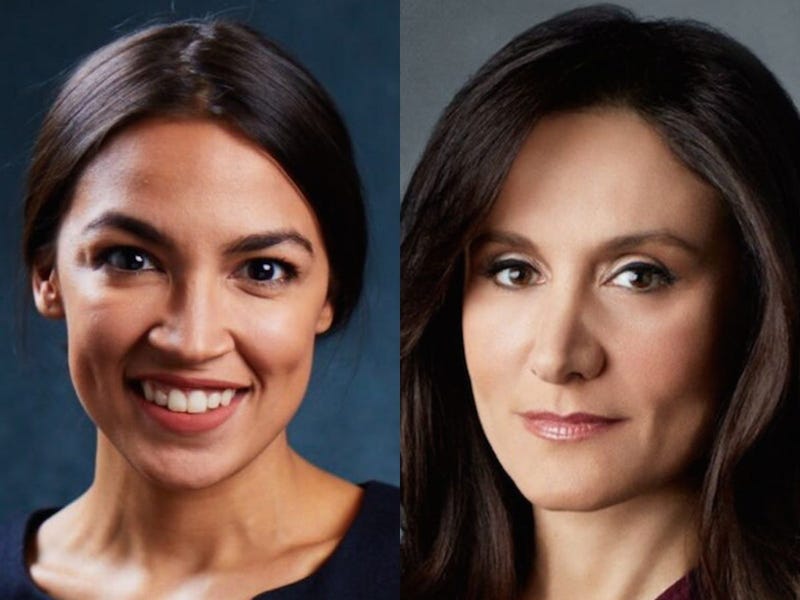 NEW YORK (1010 WINS) -- Rep. Alexandria Ocasio-Cortez’s primary challenger accused her opponent of being “focused on being a national star and a celebrity” in an interview with 1010 WINS on Election Day — a claim Ocasio-Cortez called “patently false.”

In an interview with 1010 WINS’ Glen Schuck, former CNBC contributor Michelle Caruso-Cabrera, who is running against Ocasio-Cortez in Tuesday’s Democratic primary, said she “wouldn’t have gotten into this race unless I knew (Ocasio-Cortez) was beatable, and she is beatable.”

“I am going to win, because people here in Queens and the Bronx want someone who’s going to work for them, and not be focused on being a national star, and a celebrity, and traveling around the country working for other candidates in other districts that have nothing to do with the tough issues we face right here in Queens and the Bronx,” she said.

“We need someone right now who’s going to work for us, and not and not for, being on TV and being a national celebrity, which is unfortunately what’s happened in the last two years,” she added.

In her own interview with Schuck after Caruso-Cabrera’s interview, Ocasio-Cortez responded to her opponent’s claims.

“I mean, we know, and also my community knows, that that’s patently false,” she said. “I’ve personally either hosted or attended more than 200 events in the district. We’ve made 235,000 wellness checks and calls during COVID alone. I personally hand-deliver groceries once a week. We’ve delivered thousands of meals and raised almost a million dollars in direct relief to our community,” she said.

Prior to moving to Sunnyside, Queens in 2019, Caruso-Cabrera and her husband lived in an apartment in the Trump International Hotel and Tower in Manhattan, Business Insider reported.

“So while I understand my opponent hasn’t lived in our district for more than six months, I can assure you that our community has been so engaged, and it’s been an honor to represent them and be just as engaged as they are,” Ocasio-Cortez said.

The full interviews can be heard above.