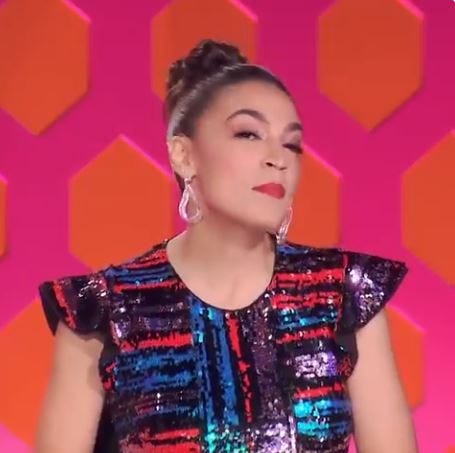 NEW YORK (1010 WINS) -- Rep. Alexandria Ocasio-Cortez is expanding her empire beyond the halls of Congress: She's entering the catty, glamorous world of drag ... as a judge, though, not as a queen, for the 12th season of "RuPaul's Drag Race."

"This was absolutely, 100% a peak experience. I am SO excited for the new season. Thank you @RuPaulsDragRace for having me!" she tweeted Thursday.

"Join the Ruvolution!" Ocasio-Cortez said a video posted by the show on Thursday. "I'm Alexandria Ocasio-Cortez and I pledge allegiance to the drag."

House Speaker Nancy Pelosi served as a guest judge in 2018.

This was absolutely, 100% a peak experience.