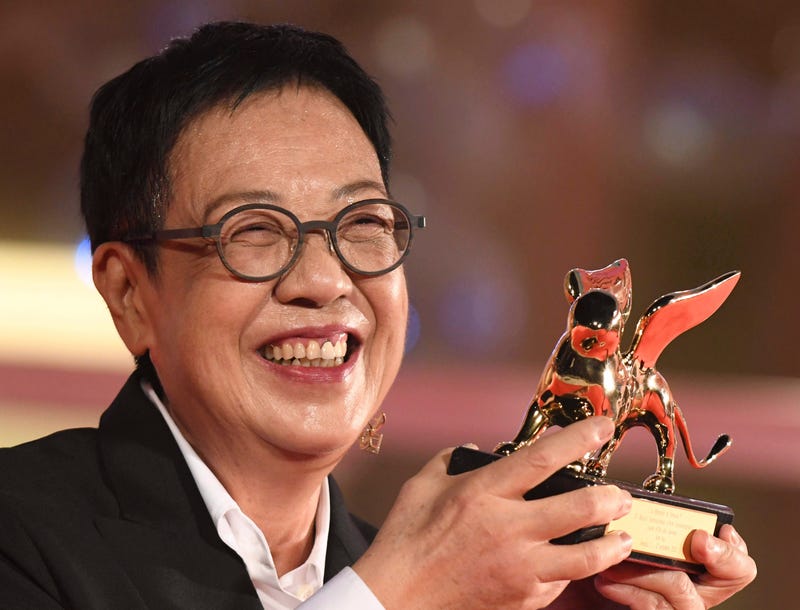 The acclaimed director said she wanted to “revert this honor back to Hong Kong,” the city where she grew up.

“It has given me an education and a scholarship to study in London. It has given me my life experiences. And my chances to work and find fulfillment. I treasure even my sufferings there and all those crazy cool people. And now I will go home and try to help the younger filmmakers so that they will also get life achievement prizes in the future,” she said at a news conference.

Hui’s impact on the Hong Kong film industry and Asian cinema is second to none.

The 73-year-old director has had a career spanning five decades which officially started in 1979 when she released her debut feature film “The Secret.” The movie quickly elevated her to join the key figures in Hong Kong cinema including Tsui Hark, John Woo and Patrick Tam, among others.

She has worked with major Asian film stars including Maggie Cheung ("Song of the Exile"), Tang Wei ("The Golden Era") and Chow Yun-fat ("Love in a Fallen City") and produced nearly 30 films.

Hui’s films have been screened at major international film festivals including Cannes, Berlin and Venice. She’s a five-time winner of Best Director at the Hong Kong Film Awards.

Hui is also at this year’s festival with her new film “Love After Love.”

An adaptation of Eileen Chang (Zhang Ailing)’s first published short story, the film tells the story of a young girl from Shanghai who travels to Hong Kong for her education.

To finance her studies, she starts working for her aunt, who she soon finds out earns money luring rich and powerful men.

It’s showing out of competition.