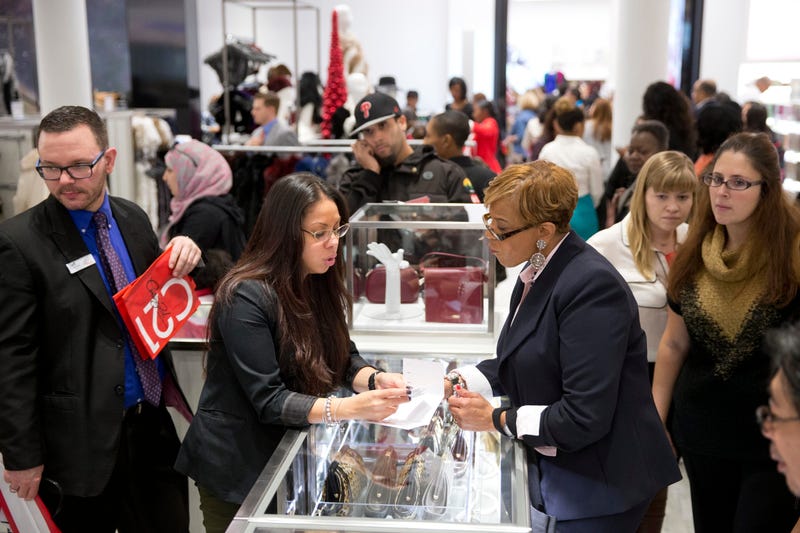 Photo credit FILE- In this Oct. 28, 2014, file photo people shop at the Century 21 Department Store in Philadelphia. Century 21 Stores - a destination for bargain hunters looking for fat deals on designer dresses and shoes for nearly 60 years - has filed for Chapter 11 bankruptcy and is winding down its business, including all multiple stores across New York, New Jersey, Pennsylvania and Florida. (AP Photo/Matt Rourke, File)
By The Associated Press

NEW YORK (AP) — Century 21 Stores — a destination for bargain hunters looking for fat deals on designer dresses and shoes, cosmetics and housewares for nearly 60 years — has filed for Chapter 11 bankruptcy and is winding down its business, shutting all 13 stores across New York, New Jersey, Pennsylvania and Florida.

Century 21 joins more than two dozen retailers who have filed for bankruptcy since the pandemic, which forced non-essential stores to temporarily close.

In a statement, the New York-based company said that the decision followed nonpayment by the company’s insurance providers of approximately $175 million due under policies put in place to protect against losses stemming from business interruption. That insurance money helped it rebuild its flagship store, a magnet for locals and tourists in downtown Manhattan after it was damaged by the 9/11 attacks, the company said.

“We now have no viable alternative but to begin the closure of our beloved family business because our insurers, to whom we have paid significant premiums every year for protection against unforeseen circumstances like we are experiencing today, have turned their backs on us at this most critical time,” said Century 21 co-CEO Raymond Gindi in statement.

Gindi said that if Century 21 had received “any meaningful portion" of the insurance proceeds, it would have been able “to save thousands of jobs and weather the storm in hopes of another incredible recovery."

The company said that it's removing from the bankruptcy court a lawsuit pending in the Supreme Court of the State of New York against several of its insurance providers based on their failure to compensate the company for its losses under the policies. The company is requesting that the bankruptcy court expedite the adjudication of the suit for the benefit of its stakeholders.

Century 21 says it's starting going-out-of business sales at all of its stores and online.