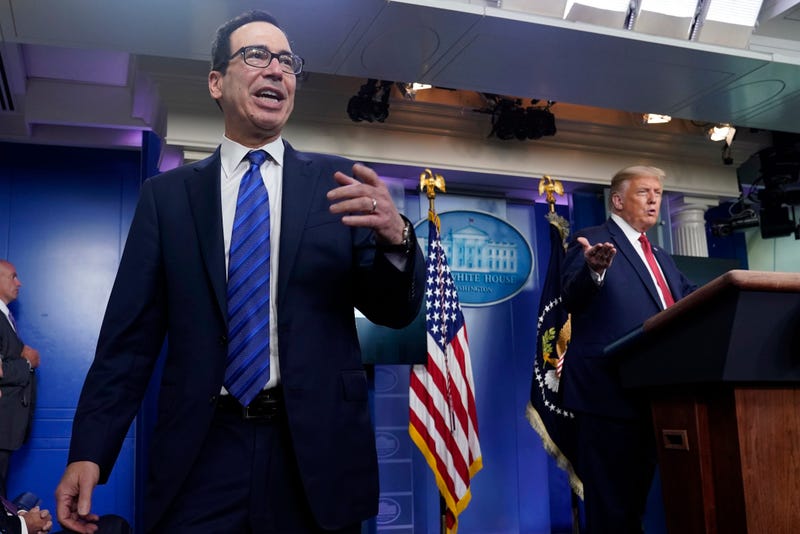 Treasury Secretary Steven Mnuchin reached out to the Democratic leaders as it becomes increasingly unlikely there will not be any new relief for Americans until Congress resumes in September. The two sides are wide apart.

“The White House is not budging,” Pelosi and Schumer said in a joint statement.

Mnuchin disputed their account and shot back: “The Democrats have no interest in negotiating.”

The House is now on recess with the Senate only nominally in session until the end of this week. Lawmakers are being told they could be recalled to Washington on 24-hour notice, but there are few signs of a breakthrough, despite the mounting death toll, surpassing 161,000 in the U.S., and more than 5 million people infected.

In their joint statement, the Democrats said Mnuchin made an “overture” to meet. The treasury secretary called the Democratic leaders on Wednesday, according to a person granted anonymity to discuss the private call.

“Democrats have compromised," they said, noting that they dropped their initial $3.5 trillion proposal by $1 trillion and expect President Donald Trump's team to raise its $1 trillion offer by a similar amount to $2 trillion. “However, it is clear that the Administration still does not grasp the magnitude of the problems that American families are facing.”

They said, “We have again made clear to the Administration that we are willing to resume negotiations once they start to take this process seriously."

Mnuchin said the Democrats' statement “is not an accurate reflection of our conversation.” He said Pelosi made it clear that she was unwilling to continue negotiations “unless we agreed in advance to her proposal, costing at least $2 trillion.”

Mnuchin and White House chief of staff Mark Meadows also briefed GOP senators privately on Wednesday, but Republicans said there was no further information on next steps.