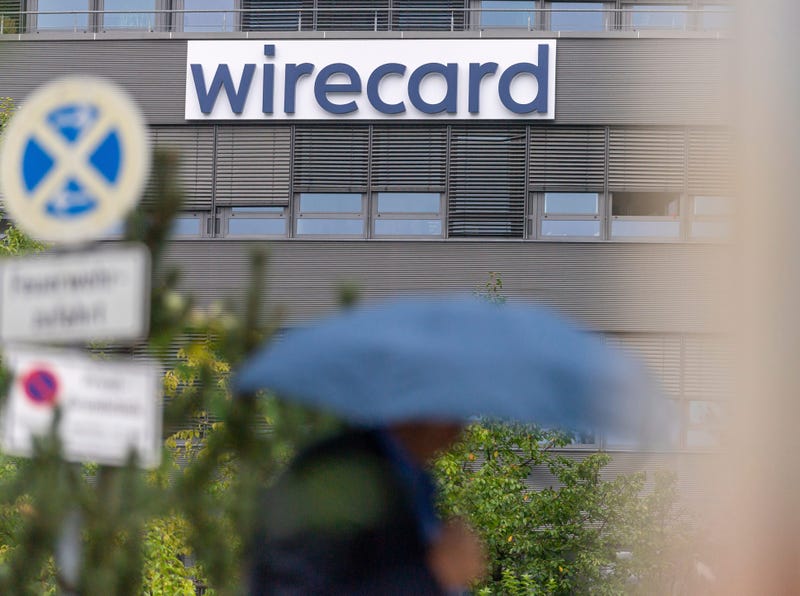 Photo credit A person walk in front of a building with the logo of the insolvent company Wirecard in Aschheim near Munich, Germany, Tuesday, Sept. 1, 2020. German opposition parties plan to force the launch of a parliamentary inquiry into the downfall of bankrupt payment company Wirecard. (Peter Kneffel/dpa via AP)
By The Associated Press

BERLIN (AP) — German prosecutors said Thursday they have closed an investigation into two journalists with the Financial Times that was launched following reports last year about allegations of irregularities at now-bankrupt payment company Wirecard.

Munich prosecutors said they have closed their investigation into suspected violations of securities laws. They said investigations have shown that the reporting was “fundamentally accurate" and have shown no evidence of concrete contacts with short-sellers or that the journalists passed on insider information. Investigations against possible short-sellers are continuing, they added.

Financial market regulator BaFin said it informed prosecutors that it has no objection to closing the investigation into the journalists, Dan McCrum and Stefania Palma. The Financial Times last year called allegations of inappropriate behavior leveled against its staff in relation to Wirecard “baseless and false.”

One-time tech star Wirecard filed for protection from creditors through insolvency proceedings in June after admitting that 1.9 billion euros ($2.3 billion) that was supposedly held in trust accounts in the Philippines probably did not exist.

Former CEO Markus Braun has been arrested, along with the company’s former chief financial officer and former head of accounting. They are suspected of defrauding investors of some 3.2 billion euros by inflating the company’s balance sheet. Investigators last month issued a wanted notice for former chief operating officer Jan Marsalek.