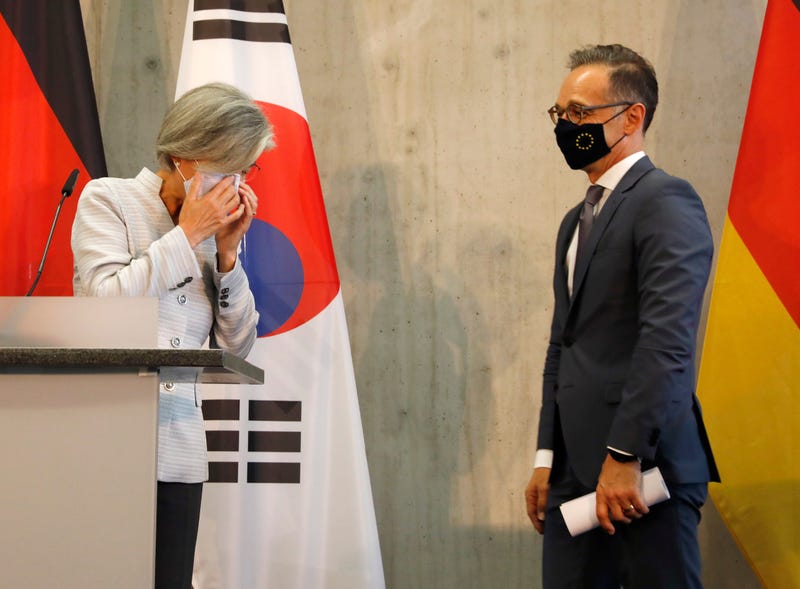 BERLIN (AP) — German Foreign Minister Heiko Maas said Monday he personally reached out to U.S. Secretary of State Mike Pompeo to express “dismay” over a warning by three Republican senators who threatened sanctions against a German port operator for its part in a pipeline project with Russia.

The U.S. has long opposed the project, which has been increasingly a source of friction between Berlin and Washington as it nears completion.

He did not provide further details of the conversation.

The port is a key staging post for ships involved in the construction of the Nord Stream 2 pipeline that’s intended to bring natural gas from Russia to Germany.

The U.S. argues the project will endanger European security by making Germany overly dependent on Russian gas. It’s also opposed by Ukraine and Poland, which will be bypassed by the pipeline under the Baltic sea, as well as some other European nations.

In addition to the security concerns, the U.S. also wants to sell more of its own liquefied natural gas, or LNG, to Germany — Europe's largest economy.

In the letter, the three senators say the message “serves as formal legal notice” that the port operator, its board members, corporate officers, shareholders, and employees risk “crushing legal and economic sanctions” unless they stop providing goods, services and support for the Nord Stream 2 project. This includes providing storage areas for the pipeline’s steel sections and provisions for the Russian-flagged vessels Fortuna and Akademik Cherskiy.

“The only responsible course of action is for Faehrhafen Sassnitz GmbH to exercise contractual options that it has available to cease these activities,” the senators added in their letter. It describes the nearly complete pipeline as a “grave threat to European energy security and American national security.”

Merkel last month told lawmakers that the U.S. sanctions against companies involved in Nord Stream 2 “don’t correspond with our understanding of the law.”

Her spokesman, Steffen Seibert, reiterated Monday that Germany was opposed to “extraterritorial sanctions.”

“The German government is in contact with the companies against which sanctions have been threatened,” he said.

_____ Frank Jordans contributed to this story.