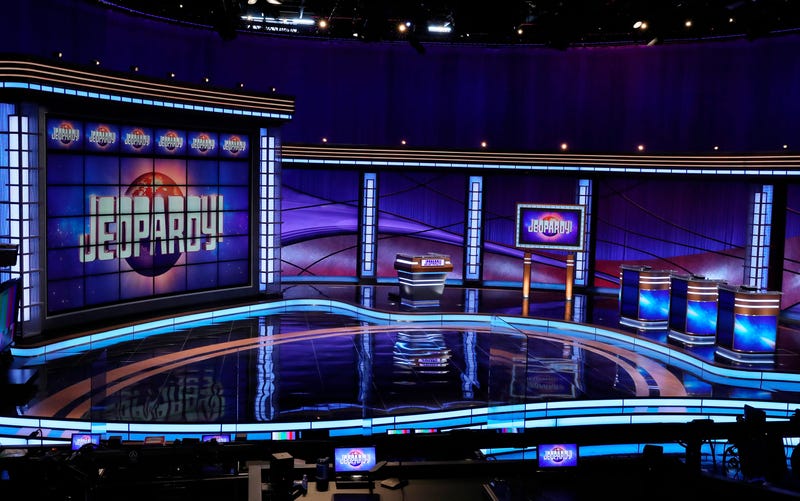 Photo credit This image released by JEOPARDY! shows the new set for the popular quiz show. Season 37 will premiere on Sept. 14. (Carol Kaelson/JEOPARDY! via AP)
By The Associated Press

LOS ANGELES (AP) — "Jeopardy!" is returning for its 37th season, with greater social distance between Alex Trebek and the contestants, and a new role for all-time great contestant Ken Jennings.

A redesigned set for the coronavirus era will allow for the contestants to be further apart and at a greater distance from Trebek, who has continued as host after a diagnosis last year of pancreatic cancer.

Trebek said last month that he’s responding exceptionally well to treatment for and expects to mark his two-year survival next February.

The casting of contestants was done entirely online for this season, which was shot without a studio audience.

Jennings, the record-setting contestant who won on 74 straight shows and took last year's “Jeopardy! The Greatest of All Time" title, is joining the series as a consulting producer.

He'll appear on-air with his own video categories, develop projects and act as a public ambassador for the show.

“Though I’ve played my last round of JEOPARDY! as a contestant, I’m delighted to have the opportunity to remain involved with my favorite show,” Jennings said in a statement. “I’m still in on all the action, but I don’t have to worry about phrasing things in the form of a question anymore.”