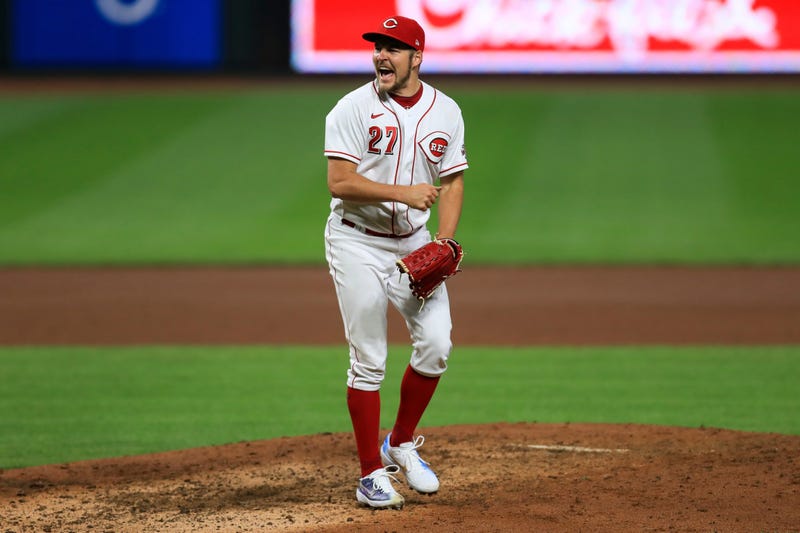 A look at what's happening around the majors Wednesday:

How’s this for wild: MLB is set to stage eight postseason games on the same day for the first time. National League clubs will open their best-of-three wild-card series, while four American League teams are already facing elimination after starting Tuesday.

The Reds and Braves open things with a dynamite pitching matchup between Trevor Bauer and Max Fried at noon ET, and baseball will be on TV until the Brewers and Dodgers wrap their 10 p.m. ET tilt.

With the expansion of the first round from a pair of wild-card games to eight best-of-three series, there are a maximum 65 possible postseason games this year. In the 1960s, there were 66 postseason games in the entire decade, with league championship series starting in 1969.

The day starts with a showdown between NL Cy Young Award contenders. The right-handed Bauer (5-4, 1.73 ERA) was at his best down the stretch for Cincinnati, including a 12-strikeout performance against Milwaukee in his final regular season start. Left-handed Fried (7-0, 2.25) has been slowed by back spasms and a left ankle injury in recent weeks.

The Twins have lost 17 straight postseason games — the most in the history of major North American sports — and try to avoid elimination when José Berríos starts against Houston at Target Field.

The AL Central champions fell to the Astros 4-1 Tuesday in the opener of their best-of-three wild-card series. Minnesota’s slump dates to 2004.

“We have a lot of guys in the clubhouse, but I’d say the vast majority of them don’t know the Twins’ history at all,” manager Rocco Baldelli said.

Houston wanted to wait before announcing who will pitch.

The AL West champion A’s are in jeopardy after the White Sox beat them 4-1 in their opener at the Coliseum. Oakland lost the wild-card game in each of the past two seasons after 97 wins both years.

“We have no choice tomorrow. That’s the way we’ve been here for a while now. We wanted a series. We lost the first game of it. Now it’s time for us to respond tomorrow,” Athletics manager Bob Melvin said.

Dallas Keuchel (6-2, 1.99 ERA) starts Game 2 following a successful first season with Chicago. Chris Bassitt, drafted by the White Sox before being traded to Oakland in December 2014, pitches for the A’s.

Manager Don Mattingly and his Miami team make a most unexpected playoff appearance, on the road against the Cubs. This will be the first time the Marlins have been in the postseason since 2003 — they won the World Series that year, spurred by a stirring rally in Game 6 of the NLCS at Wrigley Field when a fan tried to catch a foul ball.

Kyle Hendricks starts the opener for Chicago. He was third in the majors in innings and particularly sharp down the stretch, with a 1.45 ERA in five outings in September.

Sandy Alcantara starts for Miami, which lost an NL-high 105 times last year and was decimated by a virus outbreak early this season.

MLB didn’t wait for the expiration of its agreement with the minor leagues Wednesday to start making major changes, announcing Tuesday that the Rookie-level Appalachian League would be converted into a college summer circuit. The 10-team league will give top freshmen and sophomores access to professional instruction, technology for evaluation and a platform to boost their draft stock. It could also spark a competition with the Cape Cod League for players.

It’s the first of what could be many significant shifts in the minor league system after the current agreement with the National Association of Professional Baseball Leagues expires. MLB proposed shrinking the affiliated minors from 160 teams to 120 during negotiations and seems to be on its way there even without a new deal.