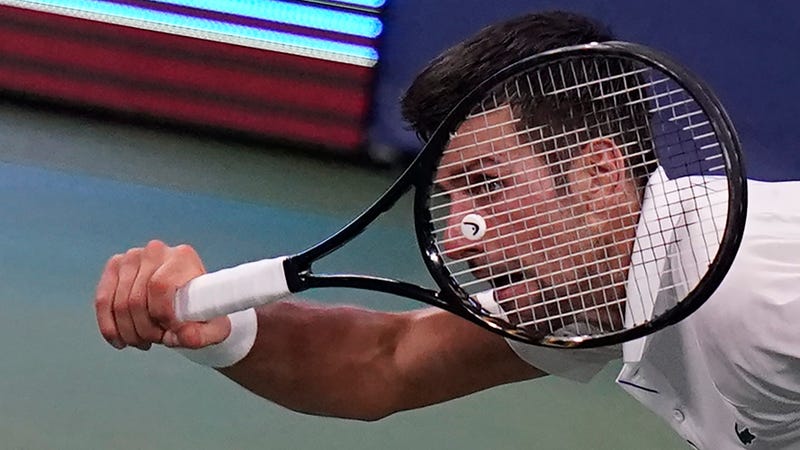 NEW YORK (AP) — No. 1-ranked Novak Djokovic and former top-30 member Vasek Pospisil would be the co-presidents of a new group they are trying to set up to represent men’s professional tennis players.

A letter emailed to players -- and obtained by The Associated Press on Friday -- pushes the formation of a Professional Tennis Players Association, abbreviated PTPA.

Sent around shortly before Monday’s start of the U.S. Open, the letter says its objective is “to solicit support from players to form an association with a mandate to promote, protect and represent the interests of its players ... and protect the future of tennis.”

Tennis players never have had a union the way North American team sports do. Each player is considered an independent contractor.

“Unlike many other professional sports, men’s professional tennis has never had a representative body that is represented for players by players,” the email said.

There was talk earlier this year, prompted largely by tweets from 20-time Grand Slam champion Roger Federer, about the possibility of merging the two tours.

This proposal would set up something just for men ranked in the top 500 in singles and top 200 in doubles.

“The goal of the PTPA is not to replace the ATP but to provide players with a self-governance structure that is independent from the ATP and is directly responsive to player-members’ needs and concerns,” the email said.

The letter said the PTPA would be governed by board of trustees with up to nine members, elected annually.

The trustees would appoint two co-presidents with two-year terms -- and that first leadership duo would be Djokovic, a 33-year-old from Serbia who owns 17 Grand Slam singles trophies, and Pospisil, a 30-year-old from Canada who won the 2014 Wimbledon doubles title and is currently No. 92 in singles.

Among the areas the PTPA would look into, according to the email: ATP and tournament rules and regulations, revenue sharing, disciplinary actions, pensions, travel, on-site food and amenities, insurance and medical care.

The total fees listed in the letter would bring in $317,500 each year.

The email asks players to sign a letter backing the PTPA, and says “if a significant number of players support this initiative we will move forward” with writing bylaws and proposing a board of trustees.

At least one player is on the record as saying he’ll sign on: 2016 Wimbledon runner-up Milos Raonic.

“Players have had plenty of time to think and reflect and take a look at certain parts which they may not be happy with and discuss,” Raonic said Friday after reaching the Western & Southern Open final.

“A lot of us were kept in the dark by our leadership for six months. We were disappointed with many things. I voiced my opinion on many things, such as ... executives in other sports taking pay cuts to support us. As tennis players, we weren’t making a dime for months and months. ... Lower guys weren’t making a dime," Raonic said. "But our executives were staying home and didn’t feel it necessary to take any pay cuts. I pushed for that on every single phone call we had.”