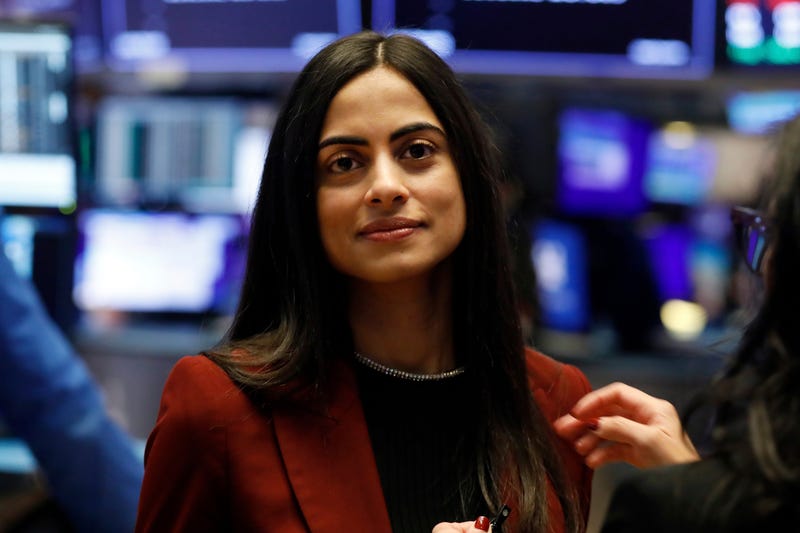 A rising star in the auto sector, Suryadevara became GM's first female CFO in 2018 at the age of 39, and quickly became a trusted voice for Mary Barra, the first woman to head a major U.S. auto manufacturer.

“Dhivya has been a transformational leader in her tenure as CFO,” said Barra. “She has helped the company strengthen our balance sheet, improve our cost structure, focus on cash generation and drive the right investments for our future. We wish her every success.”

Stripe, which developed a rapid payment system for online business that has become ubiquitous during the pandemic, is a company that appears tailor built to sail through the global disruption. It has launched in 15 countries in the past year.

The company, founded by brothers Patrick and John Collison, is a competitor of Square, run by Twitter’s Jack Dorsey.

After its latest round of funding, the company puts its value at around $36 billion, not too far behind GM, which is valued at $41.5 billion. Stripe is maintaining a $2 billion balance sheet, more fortress-like than besieged, as so many major companies have become during the COVID-19 crisis.

Stripe’s technology has become integral to thousands of small businesses through its broad platform. In April, the company said that it had facilitated $1 billion in sales for businesses that began using Stripe since COVID-19 was detected in the U.S.

“I’m very excited to join Stripe at a pivotal time for the company,” Suryadevara said in a prepared statement. “I really enjoy leading complex, large-scale businesses and I hope to use my skills to help accelerate Stripe’s already steep growth trajectory.”

This article has been corrected to clarify Stripe's business and its position as rival to a startup run by Twitter CEO Jack Dorsey.