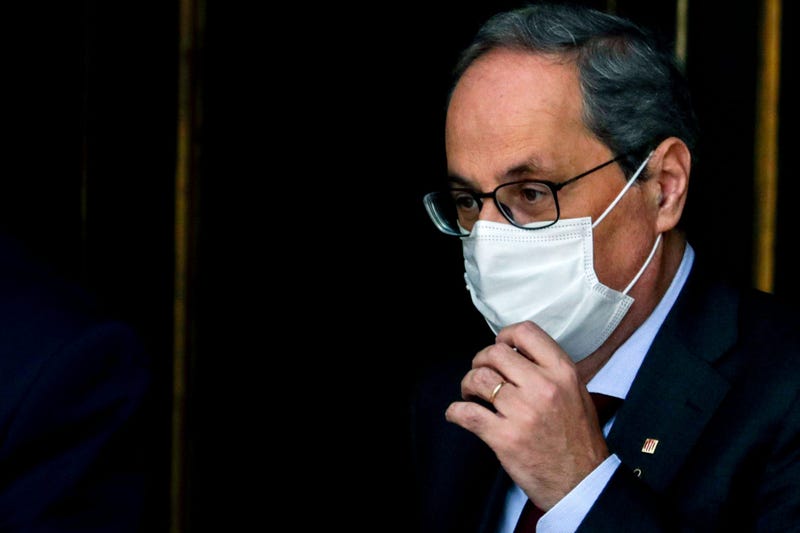 Spain's Supreme Court has barred Catalonia’s regional president from his office for refusing to remove a banner calling to release separatist leaders from prison that was displayed ahead of the 2019 general election at a public building.

A panel of judges unanimously agreed Monday to confirm a decision by a lower court last year to ban Quim Torra from holding public office for 1 1/2 years and fine him 30,000 euros ($35,000), the Supreme Court announced.

Torra, a staunch separatist politician who became the head of Catalonia's government following the 2017 push for the region's independence from Spain, had previously criticized the case as an act of repression against the democratic mandate of voters in the northeastern region.

The decision triggers a new period of uncertainty in Catalonia. According to the law, Torra's deputy should take over as president-in-charge until a new election is held in the region.