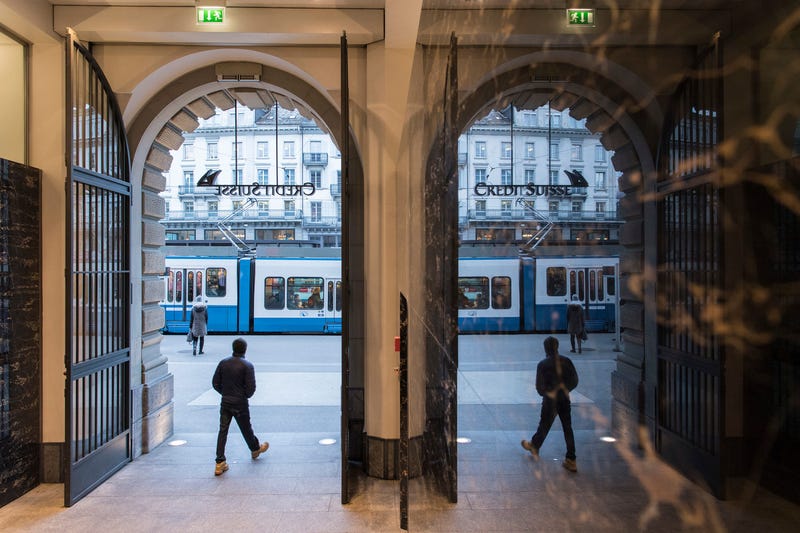 Photo credit FILE- In this Feb. 14, 2018, file photo, people walk in the front of the Credit Suisse bank at the tram stop Paradeplatz in the square's centre in Zurich, Switzerland. Switzerland's financial market oversight body said Wednesday, Sept. 2, 2020 that it has opened “enforcement proceedings” against Credit Suisse in the wake of a spying scandal that has marred the image of the elite bank. (Ennio Leanza/Keystone via AP, File)
By The Associated Press

GENEVA (AP) — Switzerland's financial market oversight body said Wednesday that it has opened “enforcement proceedings” against Credit Suisse in the wake of a spying scandal that has marred the image of the bank.

The move by FINMA, the Swiss market supervisory authority, comes after an independent investigation ordered by the bank unearthed and detailed a scandal involving spying on a former executive, Iqbal Khan, after he left to join rival bank UBS.

The investigation ordered by the bank found that the spying operation was ordered by Pierre-Olivier Bouee, then Credit Suisse’s chief operating officer.

FINMA said a separate investigation into the case by an independent auditor that it ordered in December has ended. The body said it would “pursue indications of violations of supervisory law” over the spying operation and how it was documented and controlled.

It said such proceedings typically take several months and declined to comment further.

In a statement, Credit Suisse said it “takes note” of FINMA's decision and vowed to cooperate. The bank said its directors and executive board insist that “the observation of employees is not part of the culture of Credit Suisse.”

The bank said it would decline to comment further Wednesday.

In February, Credit Suisse CEO Tidjane Thiam resigned after nearly five years on the job, acknowledging the spying scandal had caused “anxiety and hurt” and had tarnished the reputation of the bank.