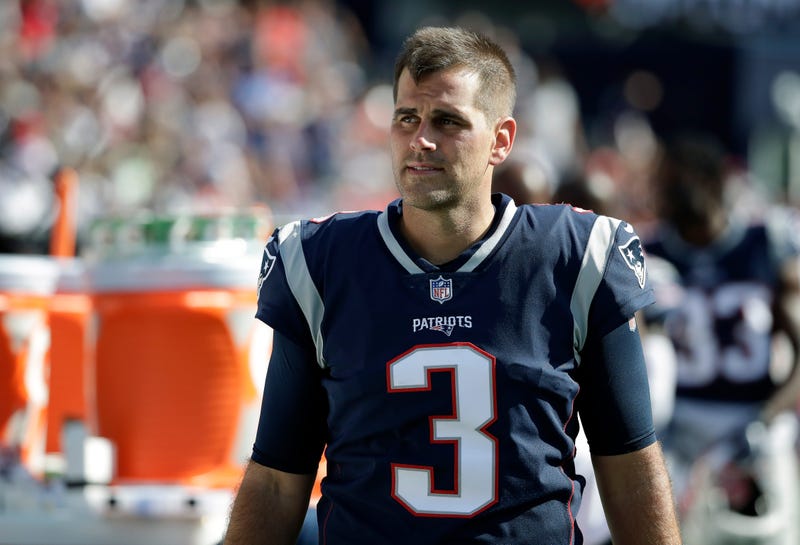 Photo credit FILE - New England Patriots kicker Stephen Gostkowski watches from the sideline in the second half of an NFL football game against the New York Jets, Sunday, Sept. 22, 2019, in Foxborough, Mass. The Tennessee Titans have made a switch at kicker agreeing to terms with veteran Stephen Gostkowski and waiving Greg Joseph. The Titans announced the move Thursday morning, Sept. 3, 2020.(AP Photo/Elise Amendola, File)
By The Associated Press

Gostkowski won three Super Bowls in his 14 seasons with the New England Patriots. He has made 87.4% or 374 of 428 of his kicks in his career. His field goal percentage ranks fifth-best in NFL history.

Joseph was the Titans' fifth kicker last season in the NFL's worst field goal unit at 44.4% (8 of 18). He made the only field goal he tried in the playoffs and made all his extra points. But Joseph had been missing kicks in training camp, prompting the Titans not to wait until opening week to address the position like a year ago.

Gostkowski turned 36 in January. He left New England as the team's leading scorer with 1,775 points over 204 games. He's also second in NFL history with 205 postseason points. His career long kick of 62 yards came in 2017.

He missed a career-high four extra points last season after not missing more than three in any of his previous 13 NFL seasons. He was placed on injured reserve in October and underwent season-ending hip surgery. The Patriots released Gostkowski in late March.

Only Tom Brady (41), Vinatieri (32) and Jerry Rice (29) have played in more playoff games. His six Super Bowl appearances are tied for second behind Brady.

The Patriots drafted him in the fourth round in 2006 out of Memphis.