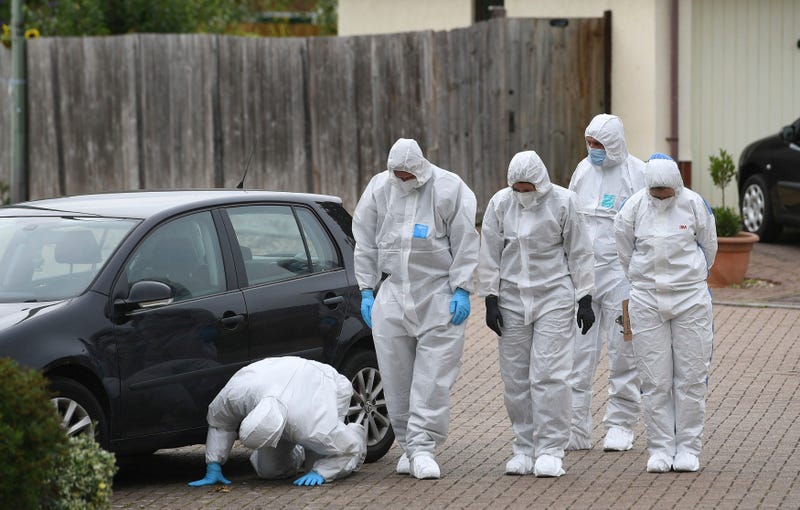 Photo credit Police officers conduct a search in Kesgrave, England, Monday Sept. 7, 2020, where a 15-year-old student from Kesgrave High School was shot just after 8.40am this morning. British police said a teenager in eastern England has been arrested in connection with the shooting on Monday of a 15-year-old boy on his way to school. (Joe Giddens/PA via AP)
By The Associated Press

LONDON (AP) — British police arrested a 15-year-old boy in eastern England after another 15-year-old was shot and critically injured Monday on his way to school.

Suffolk Constabulary said officers were called in just after 8:40 a.m. Monday to reports of a shooting in the small town of Kesgrave and that the victim sustained “serious injuries.”

Police said the boy was airlifted to Addenbrooke’s Hospital in Cambridge, 60 miles (95 kilometers) away and was in critical condition.

Police said they arrested a teenage boy a few miles away about two hours later on suspicion of attempted murder. Assistant Chief Constable Rob Jones said the shooting was “an isolated incident and there is no wider threat to the local community.”

Kesgrave High School said in a tweet that the victim was heading to school at the time and that students in school “will be kept safe in liaison with the police.”

Britain has strict gun laws and teens in the country are much more likely to have knives than guns.