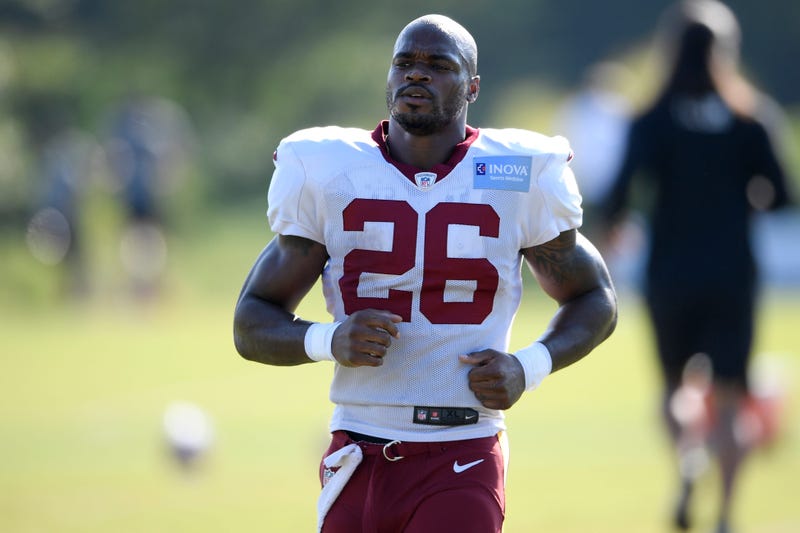 Washington released veteran running back Adrian Peterson on Friday, a stunning move by first-year coach Ron Rivera in the name of getting younger.

Rivera called Peterson early in the morning asking him to come to the practice facility, then delivered the news the team was moving on from the 35-year-old star. The move came less than 36 hours before NFL rosters must be trimmed to the 53-man limit and nine days before the start of the regular season.

Peterson played the past two seasons with Washington, rushing for 1,940 yards and 12 touchdowns in the fourth stop of a career that will likely earn him a spot in the Pro Football Hall of Fame. He originally signed in the summer of 2018 after rookie Derrius Guice was lost for the season with a knee injury, and kept his starting job in 2019.

Now, after Guice's release following a domestic violence arrest, he, Peterson and longtime third-down back Chris Thompson are all gone, and the backfield has a decidedly young look. Third-round draft pick Antonio Gibson figures to start, with Bryce Love an option after working his way back from knee surgery, and J.D. McKissic filling Thompson's old role.

Offensive coordinator Scott Turner said Gibson has done a good job in training camp but was vague about his role Week 1 against the Philadelphia Eagles. Gibson played a hybrid running back/receiver role at Memphis, and Rivera compared his potential to Carolina's Christian McCaffrey.

“This is a very talented, gifted young man that did a lot of different things,” Rivera said Thursday. "We’re trying to hone his skills to fit what we believe he can do. It’s been an interesting growth period. It’s been good.”

Peterson is now thrown into limbo after being blindsided by his release. He's 1,053 yards behind Barry Sanders for fourth on the all-time rushing list and needs 12 TDs to catch Marcus Allen for the third most in NFL history.