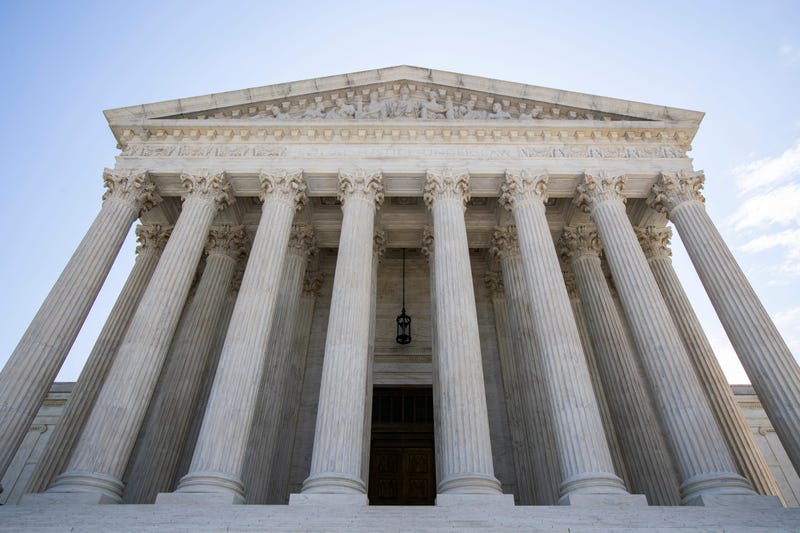 Photo credit FILE - In this June 30, 2020, file photo the U.S. Supreme Court is seen in Washington. President Donald Trump didn't have to look very far for one of the contenders on his short list to replace the late Ruth Bader Ginsburg on the Supreme Court: he's been considering one of his own lawyers. Kate Comerford Todd is a deputy White House counsel, helping navigate Trump's White House through a thicket of legal issues. (AP Photo/Manuel Balce Ceneta, File)
By The Associated Press

WASHINGTON (AP) — President Donald Trump didn't have to look very far for one of the contenders on his short list to replace the late Ruth Bader Ginsburg on the Supreme Court: he's been considering one of his own lawyers.

Kate Comerford Todd is a deputy White House counsel, helping navigate Trump's White House through a thicket of legal issues. It's a role she knows well, having served in the counsel's office during the administration of the last Republican president, George W. Bush.

Todd, 45, is the only lawyer mentioned as being on Trump's shortlist who has not previously been a judge, though she's hardly unfamiliar with the high court, having clerked for Justice Clarence Thomas. Her experience is otherwise diverse: she's twice counseled the White House, worked at a prestigious law firm and represented the interests of a leading business advocacy group.

“She is absolutely brilliant,” said Helgi Walker, a partner at the Gibson Dunn law firm who also served as a Thomas law clerk and in the White House counsel's office under Bush. “She is thoughtful, caring, considerate. She always tries to get it right, no matter what she's doing.”

Trump has signaled that he intends to name a woman for the third Supreme Court selection of his administration. Amy Coney Barrett is emerging as the early favorite to be the nominee after he met with her Monday before leaving the White House to campaign in Ohio. Todd was viewed as the favorite of White House lawyers, but there were concerns that the confirmation process would not be as smooth for a first-time jurist, according to people familiar with the situation.

Her lack of prior experience as a judge could become a point of contention during any confirmation process, though it also means that she has no paper trail of court opinions for Democrats to exploit the way they did with Trump’s two other nominees, Neil Gorsuch and Brett Kavanaugh.

Her career, though a diverse blend of private practice and government work, has probably not produced some of the high-profile moments of the other Supreme Court contenders who have issued notable opinions. At the White House, for instance, she has helped vet federal judges but much of her work has taken place outside of public view and outside the headlines.

But lawyers who are close to her and are familiar with her work describe her as exceptionally smart and hard-working, a principled and independent-minded attorney whose originalist view of the Constitution are in line with other conservative jurists on the court.

“When I went to Kate with a question, I always found that I got really good advice, really thoughtful advice. She’s just really smart," said Will Consovoy, who worked at the same law firm as Todd. When he would give her his work to review, "It always came back much better than when I gave it to her. She was such a great sounding board.”

Adam Mortara, a lawyer and conservative legal activist who has known Todd for more than 20 years and also clerked for Thomas, recalled how Todd seemed to take to heart the justice's admonition that backing down on an issue of principle is a “pathway to personal destruction”

He added, “On issues of right or wrong, or on issues of what the law is or isn't, there is no moving her.”

He described one conversation early in their friendship in which she explained to him the intricacies of a legal doctrine in which courts defer to federal agency interpretation of statutes. After Mortara said it sounded like a silly, wrong-headed principle, Todd told him the doctrine was supported by Justice Antonin Scalia — a conservative stalwart on the court for decades— and asked whether that would make a difference.

It was effectively a test, to see if his instincts could be rattled by the “800-pound gorilla of Justice Scalia not agreeing with me.”

Besides her career in the White House, the Harvard Law School alumna has also worked at a prominent law firm — now called Wiley Rein — and served as the former senior vice president and chief counsel for the U.S. Chamber Litigation Center, which is the litigation arm of the U.S. Chamber of Commerce.

She's moved comfortably in conservative legal circles, participating in conferences sponsored by the Federalist Society and writing an enthusiastic letter on Kavanaugh's behalf when he was being considered for a seat on the Washington-based federal appeals court.

She has decried executive regulation of businesses, including government overreach that she described at one Federalist Society as “deliciously terrible." More than a decade earlier, she submitted a friend-of-the-court brief challenging the constitutionality of a board that was created by Congress to regulate the auditing of public companies in the wake of corporate accounting scandals.

Her position in that brief, and her work on behalf of the U.S. Chamber Litigation Center, reflects a decidedly pro-business bent, though lawyers familiar with her career say that, like any attorney, she is tasked with advocating the interests of her clients.

"Kate’s just always all about getting the right answer, even if it takes all night," said Walker, a friend and former colleague.