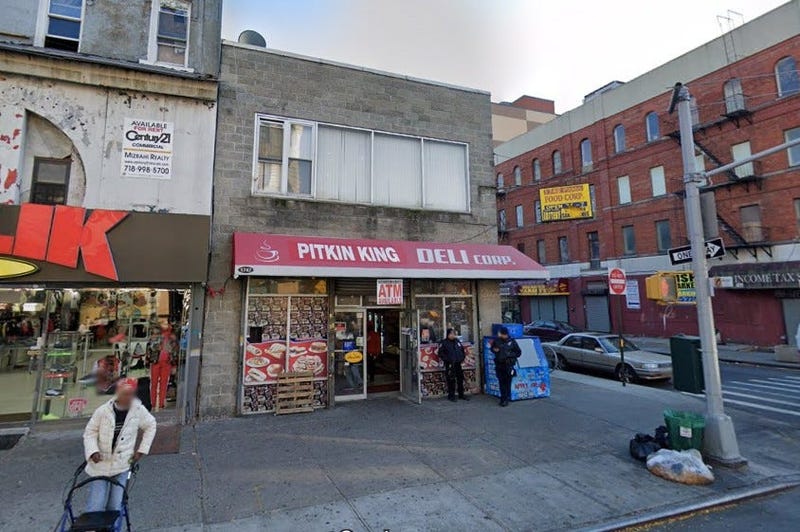 NEW YORK (1010 WINS) -- Police are searching for a woman who allegedly stabbed another woman to death outside a deli in Brooklyn early Tuesday morning.

Police responding to a 911 call around 3:15 a.m. found a 37-year-old woman with several stab wounds in front of a deli on Pitkin Avenue, at Osborn Street, in Brownsville, the NYPD said.

The woman was taken to a nearby hospital, where she was pronounced dead, police said.

Officials believe the 37-year-old was stabbed to death by another woman, the NYPD said. Police didn’t immediately release the victim’s name.

No one had been arrested in connection with the attack as of Tuesday afternoon. An investigation is ongoing.