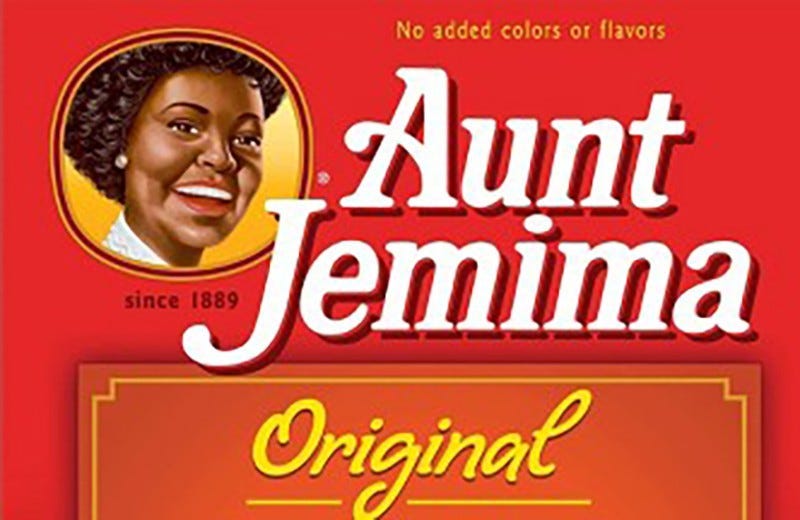 NEW YORK (1010 WINS) – The Aunt Jemima brand of syrup and pancake mix is getting a makeover in an effort "to make progress toward racial equality" — and Uncle Ben's rice plans to "evolve (its) brand, including its visual brand identity."

In a statement Wednesday, Quaker Oats said “Aunt Jemima’s origins are based on a racial stereotype” and that the longstanding brand will get a new name and packaging.

Not long after Quaker Oats put out a statement, Mars, Incorporated — the company that owns Uncle Ben's, released its own statement saying it planned to "evolve the Uncle Ben's brand, including its visual brand identity."

"As a global brand, we know we have a responsibility to take a stand in helping to put an end to racial bias and injustices," Mars, Incorporated said in its statement. "We don’t yet know what the exact changes or timing will be, but we are evaluating all possibilities."

Aunt Jemima's, which dates back to the 1890s, originally featured a black woman as a minstrel character. Although Aunt Jemima’s image has changed over the years, criticism that the brand perpetuated a racist stereotype has continued.

“We recognize Aunt Jemima’s origins are based on a racial stereotype," Kroepfl wrote. “As we work to make progress toward racial equality through several initiatives, we also must take a hard look at our portfolio of brands and ensure they reflect our values and meet our consumers’ expectations.”

The brand will get new packaging this fall and a new name at a later date, Kroepfl said.

Quaker Oats, which is owned by PepsiCo, bought the Aunt Jemima brand back in 1926. The logo is based on a "storyteller, cook and missionary worker" named Nancy Green, according to the company's website.