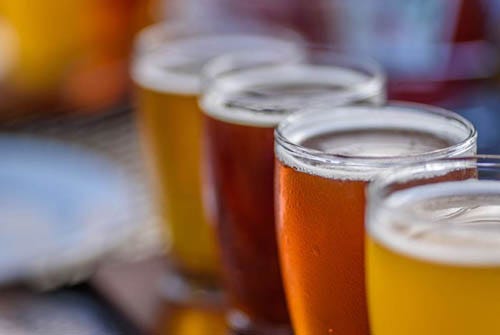 COBLESKILL, N.Y. (AP) -- Ahoy, beer lovers: A bottle from a 133-year-old shipwreck may yield yeast for a new brew Upstate.

Biotechnology students at the State University of New York at Cobleskill uncorked a bottle from the shipwrecked SS Oregon on Thursday. Serious Brewing Company of Howes Cave plans to develop a new brew if the students successfully extract yeast.Bill Felter, of Serious Brewing, acquired the beer from a customer who owns an assortment of artifacts recovered from the Oregon.The ship was en route from Liverpool, England, to New York City with 852 people aboard on March 14, 1886, when it collided with a schooner near Fire Island, New York, and sank. All but one person survived.Last year, an Australian brewer produced beer from yeast recovered from a 220-year-old shipwreck.