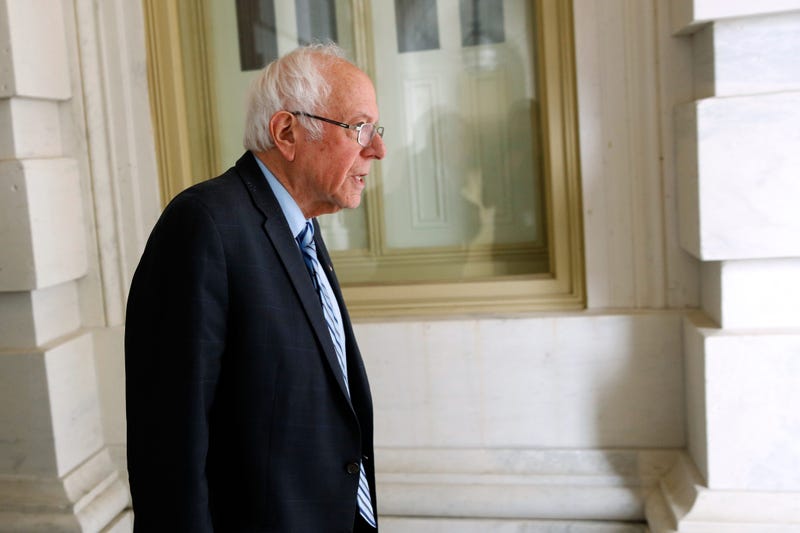 NEW YORK (1010 WINS) -- Bernie Sanders is suspending his 2020 bid for the White House, his campaign announced Wednesday morning, leaving Joe Biden as the presumptive Democratic nominee to go up against President Donald Trump in November's election.

"Sen. Bernie Sanders on Wednesday during an all staff conference call announced that he is suspending his campaign for president," the Vermont senator's campaign said in a news release.

The campaign said that Sanders would address his supporters via livestream later in the morning.

The release was titled, "NEWS: Sanders to Address Supporters After Suspending Campaign. The Campaign Ends, The Struggle Continues."

Sanders last month became irritated when asked by reporters if he planned to suspend his campaign.

"Stop with this," Sanders. “Right now I’m trying to do my best to make sure that we don’t have an economic meltdown and people don’t die.”

He said the country is “in the midst, literally -- I'm not using that word easily -- of an unprecedented crisis in our lifetime, and that’s what we have to focus on right now."