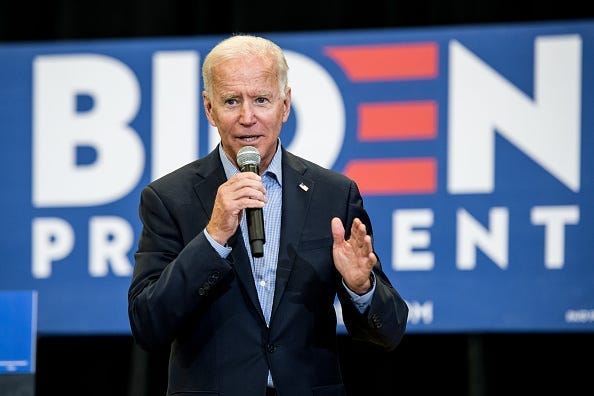 Joe Biden is just days away from choosing his running mate, he said Tuesday.

The presumptive Democratic nominee told reporters, "I’m going to have a choice in the first week in August. I promise I’ll let you know when I do."

Biden joked that he'll need to outsmart reporters staking out his home hoping to get a glimpse of the potential vice presidential pick paying him a visit between now and then.

"I've got to try to figure out how to trick you all so I can meet with them in person," Biden said. "You've got crews outside my house."

Biden has committed to choosing a female candidate, and he's expressed that he's keen about having a woman of color -- both would be firsts for the U.S if elected.