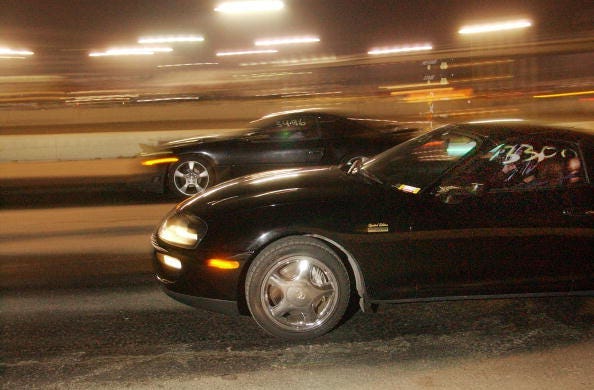 NEW YORK (1010 WINS) -- Brooklyn lawmakers have proposed a bill the increase fines for those motorists that drive through city streets with obnoxiously loud mufflers and exhaust systems.

The measure dubbed the Stop Loud and Excessive Exhaust Pollution, or SLEEP, Act was created for neighbors who say a recent surge in drag racing and revving engines doesn't let them get a good night’s sleep.

"Our legislation will curtail this anti-social and dangerous behavior and let neighbors get some sleep once and for all," Gounardes told the Daily News. "Times are stressful and the last thing families need when trying to get some hard-earned sleep is outrageously loud gratuitous noise keeping them up all night."

Motorists who make the noisy modifications to exhaust systems currently only face a $150 fine.

Gounardes and Brannan want to raise the penalty to $1,000 per violation.

Additionally, the legislation would set a measurable, maximum allowed noise limit of 95 decibels, and would require all police vehicles to be equipped with a decibel-reading device.

Police currently determine whether the noise is "excessive or unusual," which according to the lawmakers say is vague.

The bill provides officers with a valuable tool for "removing excessively noisy and polluting vehicles from our streets." and make it easier for them to enforce the law.

Brannan will introduce the bill at the city level.

"Anyone who purposely modifies their exhaust system so it sounds like a goddamn machine gun is not only desperate for attention but also clearly overcompensating for something else," he said. "This bill will hopefully make these idiots think twice and bring some peace and quiet back to our neighborhoods at night."

Weeks earlier a separate measure to expand the city’s speed camera program was introduced to crack down on illegal street racing and make it easier to hold reckless drivers accountable.