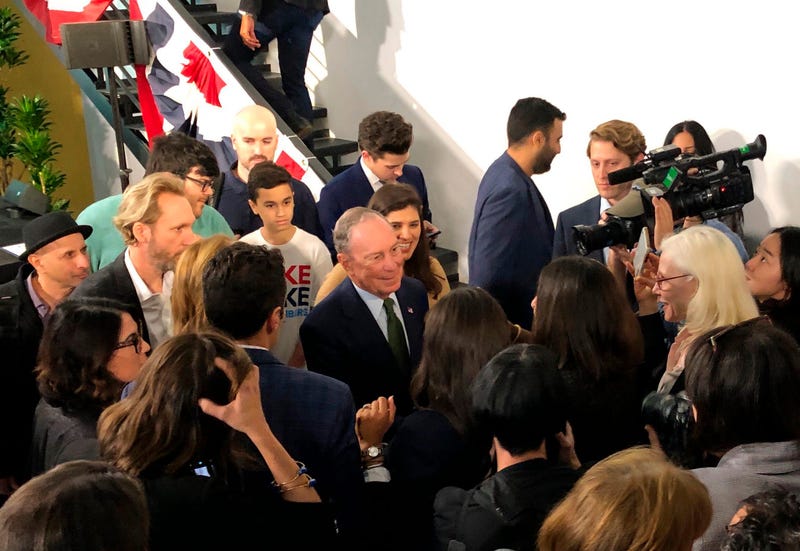 Photo credit Democratic presidential candidate Michael Bloomberg greets supporters, staff and media at the opening of his downtown Los Angeles headquarters on Monday, Jan. 6, 2020. The Democratic presidential candidate and former New York City mayor likes a lot of what he sees in the Golden State and thinks its efforts on climate change, gun control and criminal justice reform sets a benchmark for other states to emulate. (AP Photo/Michael R. Blood)
By David Caplan 1010 WINS

NEW YORK (1010 WINS) -- The Michael Bloomberg campaign will have an event for a new Harlem field office on Saturday, the campaign's first New York office.

The office is located on 125th Street. An opening event is slated for Saturday afternoon.

The email continued, "This is our chance to show Mike and the country we’re here to win. Mike is the proven leader we need who isn’t afraid to take on the big issues: reduce gun violence, stop climate change and improve our healthcare system. No place knows that more than New York City."

According to developer Greystone Property Development, the space is 3,500-square-feet. Above the space is a 75-unit residential building. The other commercial tenant in the building is the MTA’s 2nd Avenue Subway Expansion Information Office.