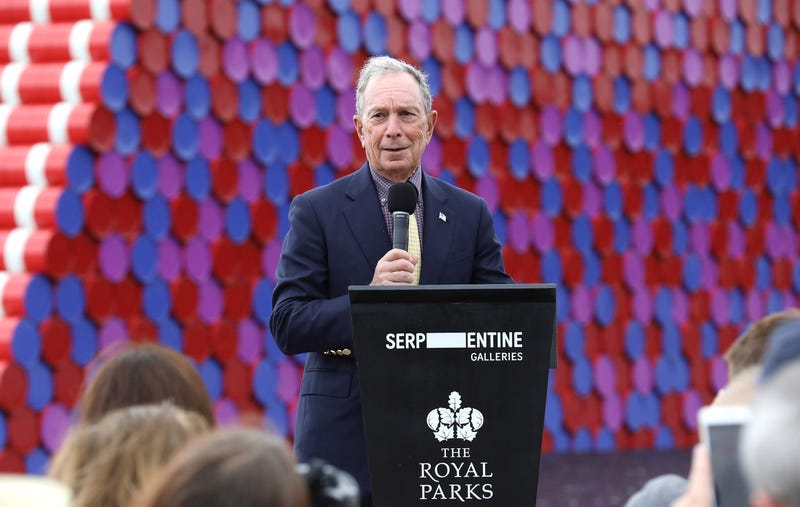 NEW YORK (1010 WINS) -- Michael Bloomberg filed paperwork late Friday afternoon with the Alabama Democratic Party to get on the ballot in the Alabama 2020 primary, the party confirmed to 1010 WINS -- a move that essentially means, although he has yet to explicitly say so, that he has entered the presidential race.

"He is in," former Iowa governor Tom Vilsack told The Associated Press Friday, adding that the former New York City mayor left a voicemail Thursday evening indicating he plans to make a run for the White House.

Bloomberg adviser Howard Wolfson said other candidates already have a big head start in Iowa, New Hampshire, South Carolina and Nevada. Wolfson said Bloomberg is "realistic" about where he can make up ground at this late stage.

That means Bloomberg would focus on the crush of states that vote on March 3, hoping to quickly amass delegates in California, Virginia and elsewhere.

On Thursday, when word broke that he was going to file the paperwork, Democratic presidential candidate Michael Bloomberg tweeted, "Welcome to the race, @MikeBloomberg!" Her tweet included a link to her campaign's "A calculator for the billionaires."

Welcome to the race, @MikeBloomberg! If you're looking for policy plans that will make a huge difference for working people and which are very popular, start here: https://t.co/6UMSAf90NT

The New York Times first reported about Bloomberg's intention to get on the southern state's ballot. The Times reported that Bloomberg, 77, may also try to get his name on others states' ballots.

The Massachussets-born billionaire has "has dispatched staffers to Alabama to gather signatures to qualify for the primary there," according to the newspaper.

Alabama does not hold an early primary, but it has an early deadline of Friday.

Last month, reports surfaced that Bloomberg, 77, was rethinking his decision to stay out of the 2020 presidential race.

According to CNBC, Bloomberg had "indicated to associates in recent weeks that Joe Biden's recent struggles against Sen. Elizabeth Warren are making him rethink his decision to stay out of the 2020 Democratic primary."

Sources told CNBC at the time that Bloomberg would likely only enter the race if Biden, 76, drops out early from the Democratic primary.

“I think it’s something he wants. He has not been shy about that,” one of Bloomberg’s allies familiar with the talks told CNBC. “Nothing can happen unless Biden drops out, and that’s not happening anytime soon."

Bloomberg does have name recognition and he has the money that campaigning requires: His net worth is $51 billion, according to Forbes.

According to reports, he was planning to spend more than $100 million on a campaign if he ran.