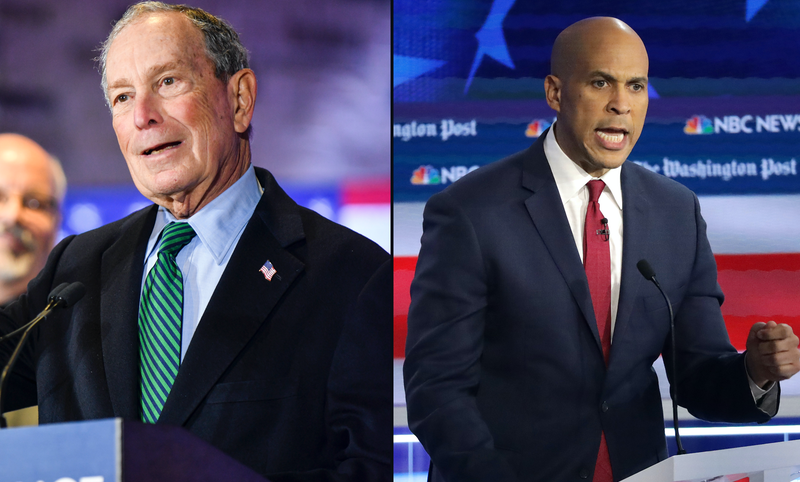 The former mayor made the comments in an interview on “CBS This Morning” Friday.

"He's very well spoken. He's got some good ideas. It would be better the more diverse any group is, but the public is out there picking and choosing, and narrowing down this field,” Bloomberg said in the interview.

Speaking with SiriusXM Friday, Booker said he was “taken aback” by Bloomberg’s “problematic” comments because they evoke "tired tropes" about African Americans.

“It’s sort of stunning at times that we are still revisiting these sort of tired tropes,” Booker said. “The fact that they don’t understand is problematic.”

.@MikeBloomberg on candidates' diversity: "Don't complain to me that you're not in the race" https://t.co/WBIekwdeZh pic.twitter.com/Ca0QlMn6DH

Booker is one of two African-American candidates remaining in the Democratic primary. The other black candidate is former Massachusetts Gov. Deval Patrick. Sen. Kamala Harris dropped out earlier this week.

“I don’t think folks understand with Kamala dropping out of the race, why so many people, friends of mine and family members of mine who weren’t even supporting her, found insulting, not being in this race with her qualifications, her experience, her talent and her gifts and other people are—who frankly are, very bluntly, do not have her same record,” Booker said, according to Fox News.

Bloomberg responded, saying, “I probably shouldn’t have used the word.”

Booker said Bloomberg has reached out to him to talk about the controversy.