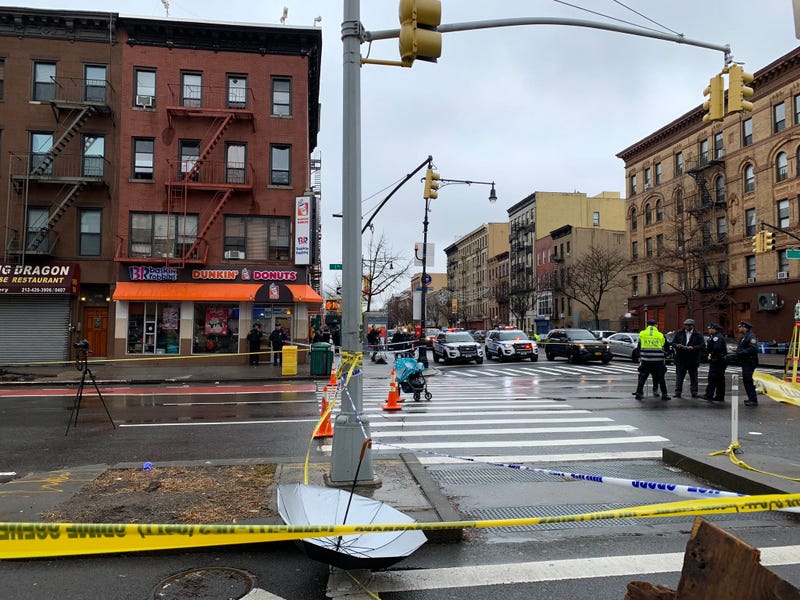 NEW YORK (1010 WINS) -- A 59-year-old driver was charged Monday in connection with the death of a 3-year-old boy hit with a pickup truck in East Harlem.

Officials say the child and his 25-year-old mother were both struck just after 9:30 a.m., while crossing the street at First Avenue.

The boy was identified as Bertin Dejesus.

The child was in a stroller when Jaime Sabogal, of Yonkers, was making a left turn onto First Avenue from East 116 Street.

The mother, who suffered a leg injury was seen limping and cradling the child and screaming in the crosswalk.

Both victims were taken to Metropolitan Hospital but the boy did not survive.

Several witnesses told 1010 WINS Sabogal was distraught and was seen banging his head against the truck and crying when he realized what happened.

Sabogal stayed on the scene and was taken into custody. Sabogal was charged with aggravated unlicensed operation of a motor vehicle and failure to yield to a pedestrian.Like 1010 WINS on Facebook and follow @1010WINS on Twitter to get breaking news, traffic, and weather for New York City.