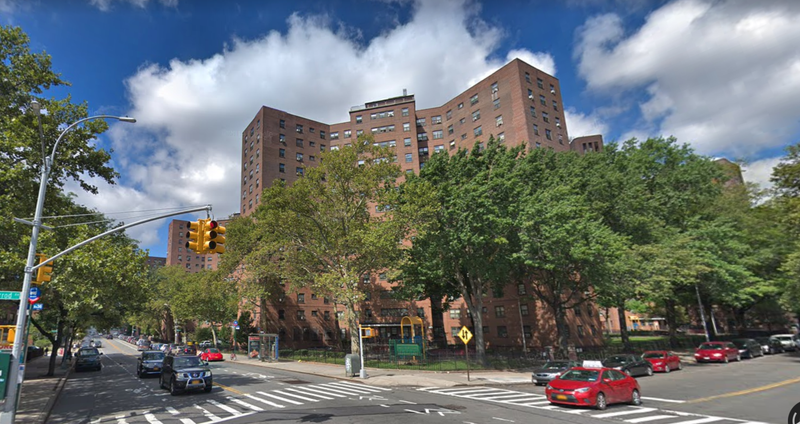 NEW YORK (1010 WINS) – A 7-year-old boy who fell nine stories from an apartment window in the Bronx on Saturday is improving at an area hospital, his family says.

The extraordinary news comes a day after the boy plunged from a ninth-floor bedroom in a building near Harrod Avenue and East 174th Street in the Soundview section.

His sister told the New York Post that he was still in critical condition Sunday but was “good” and “being stabilized” in the pediatric intensive care unit at Jacobi Hospital.

Neighbors told the Post that the child, who has Down Syndrome, suffered a broken leg and injuries from the 90-foot fall. He is reportedly known as “King” around the Bronx River Houses where his family lives.

Sources told 1010 WINS that the boy lives in an apartment with his mother, father and two older sisters, all of whom were home at the time.

His mother and other family members were seen screaming and crying outside the building after Saturday’s fall.

Norma Saunders, the tenant association president at the Bronx River Houses, said the window the boy fell out of had no safety bars because of an AC unit.

“The window that it looks like he fell out of was the window with the AC unit, so you can't put bars with an AC unit in," she said.

It’s believed the boy pushed through cardboard coverings on the side of the AC unit.

The police are considering the fall to be an accident.