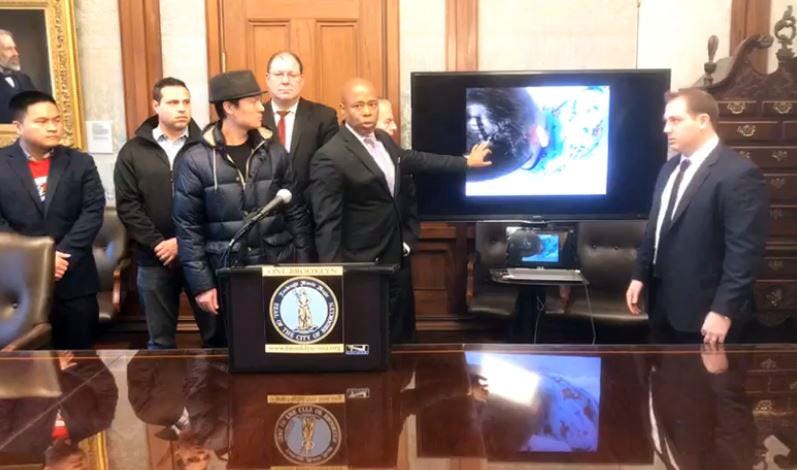 NEW YORK (1010 WINS) – Why did a third-grader from Brooklyn suffer a traumatic head injury in gym class? Lawmakers want the Department of Education to investigate.

John Elefterakis, an attorney for the boy’s family, says the Department of Education has not given the parents a full explanation of what happened, and he wants anybody with information to come forward.

“We’ll go to them to get the information, because it shouldn’t take a week and change for the family of a young injured boy who just had brain surgery to hear what happened,” Elefterakis told 1010 WINS. “What went on, who was there, who was not there? There’s just no specifics at this point, and that’s unacceptable.”

“It’s unfortunate that an 8-year-old child was brought to school by his parents and after some form of recreational period, he received a serious trauma to his skull that required surgery,” Adams said. “It’s a parent’s nightmare.”

“We were surprised to find that many of the areas that are being used for gyms are actually hazardous and dangerous,” Adams said.

The Department of Education tells 1010 WINS it is investigating any allegations of misconduct in the case and that it is providing support to Gao’s family.