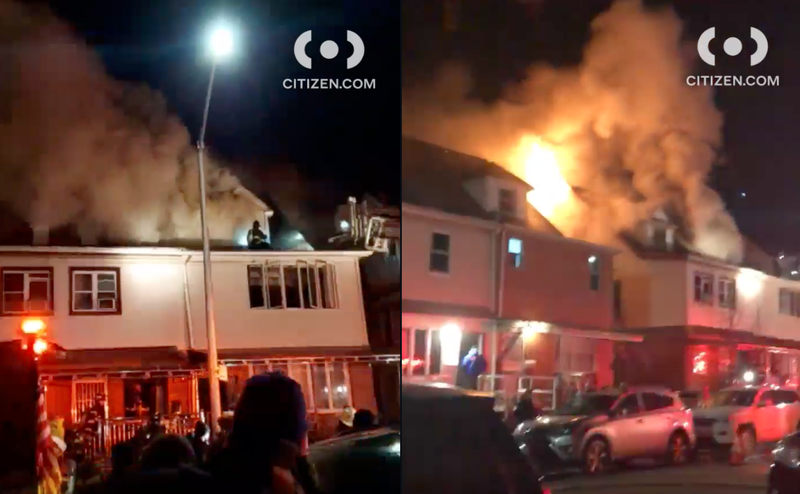 NEW YORK (1010 WINS) – An inferno that tore through a two-story home in Brooklyn early Saturday, leaving dozens of families displaced and a firefighter injured, is being investigated as suspicious, fire officials said.

More than 100 firefighters battled the fire at a two-story home on 85th Street in Bensonhurst before dawn Saturday.

"We found fire basically in every floor in both of the buildings, which is a very, very punching operation because it took a lot of effort to get these hose lines in place, and everywhere we opened up we had fire," FDNY Deputy Chief David Maj said.

Officials said the fire is suspicious and an investigation is ongoing. They didn't provide any other details.

Twelve-year-old Mark said he and his family rushed outside as the flames consumed the home.

"My sister woke me up and then I looked through the window and there were flames, and I started screaming, 'dad, dad, there's flames.' And then we got the stuff that we needed and went outside," the boy said.