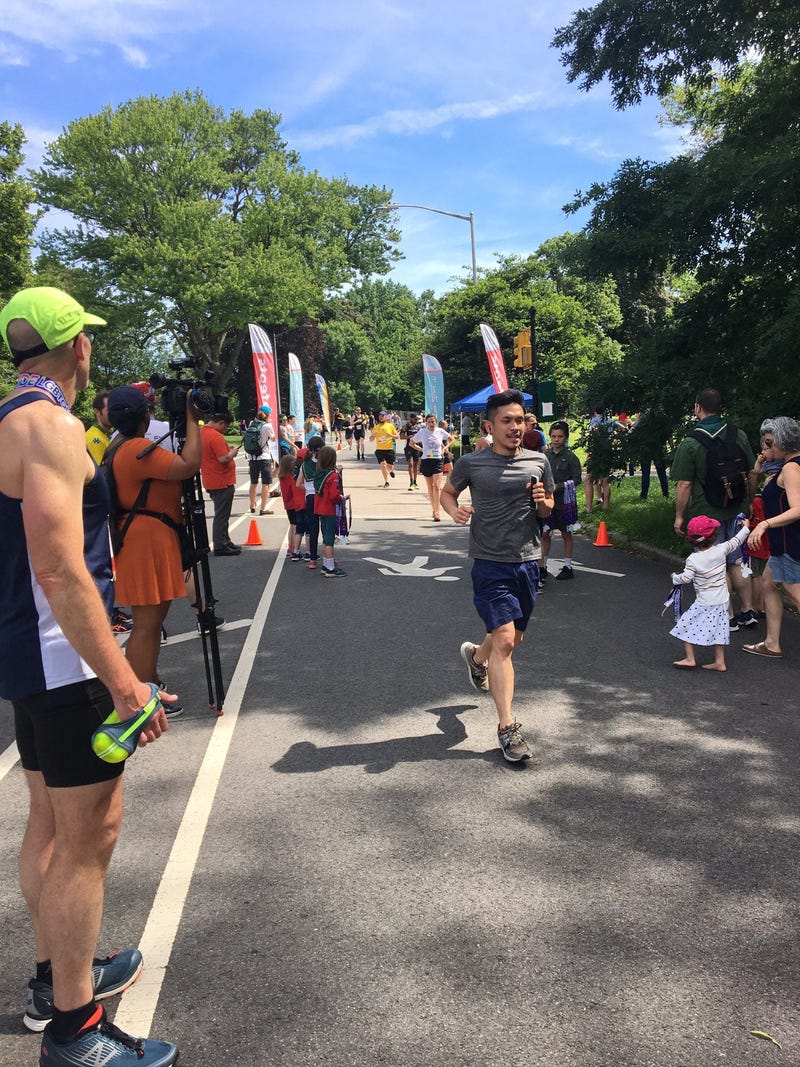 NEW YORK (1010 WINS) – The Brooklyn Pride LGBTQIA+ 5K at Prospect Park was so popular that it sold out Saturday as hundreds came out to race.

The race sold out after 750 signed up, and some runners even had to be turned away.

Jeremy was one of the frontrunners in the event, which stretched for more than 3 miles.

“It’s really awesome to be able to run with other LGBTQ people, feel a sense of pride in what we’re doing as athletes,” he said.

Brian, an endocrinologist who came in from San Francisco, donned a rainbow sweatband, shirt, shorts and tutu for the race.

“I think we’re in a little bit of a bubble in New York and San Francisco, so there’s still a lot to be done to help people in other places,” he said. “It's important to do that when we can.”

Some of the money raised will be used to spread awareness about the health and community services that are available to the LGBTQ+ community.

“We are who we are. And there are people here from every different sexual orientation, everybody just loving each other, and that’s what it’s all about,” Heller said. "They're athletes. They realize how health is important and how loving is important."