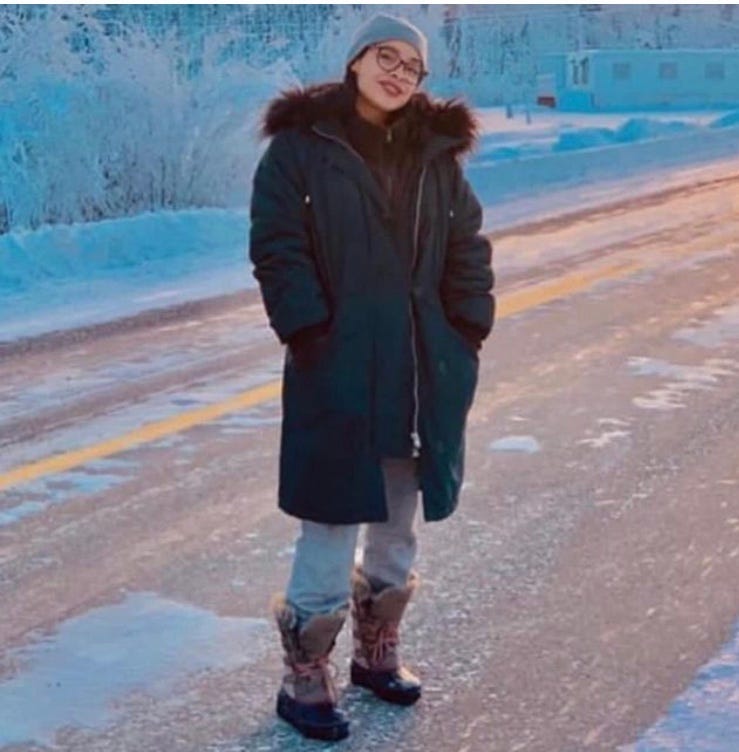 NEW YORK (1010 WINS) -- The mother of a murdered New Rochelle woman says her daughter feared for her life.

A candlelight vigil was held Thursday night in New Rochelle for 24-year-old Valerie Reyes, whose body was found bound in a suitcase along a Greenwich, Conn., roadside earlier this week.

Reyes' cause of her death has not yet been determined. She went missing last week.

At the vigil, reportedly attended by about 200 people and held at Glen Island Park, people prayed and sang in unison.

“We love you,” said her mother, Norma Sanchez, weeping and overcome by the weight of the unbearable trauma, reported the New Haven Register.

“Whoever did this is going to pay,” Sanchez said. “My daughter didn’t deserve whatever you did to her. You will get what you deserve.”

Vigil in New Rochelle for 24 yr old Valerie Reyes. Her body was found stuffed in a suitcase, dumped on the side of the road in Greenwich. #1010wins pic.twitter.com/6QL33haioy

Sanchez also told the Journal News that on the night before she went missing, Reyes told her she feared she'd be murdered.

The vigil was held late Thursday afternoon at Glen Island Park in New Rochelle."At this unimaginably difficult time we are asking for love, support, and respect to our family for the loss of my beautiful daughter Valerie Reyes who is now resting in heaven,'' Sal Reyes, who identified himself as the victim's father, said in a Facebook posting.

Reyes worked at a Barnes & Noble store in Eastchester, New York, since it opened 2 1/2 years ago, according to the bookstore chain. "The entire Barnes & Noble community is grieving the loss of our beloved employee Valerie Reyes,'' Barnes & Noble said in a statement. ``Our hearts go out to her family, friends, and coworkers during this difficult time.''Reyes was passionate about art and enjoyed drawing and painting, according to Lauren Bradford, who said she worked with Reyes at the bookstore for about 10 months before Bradford left the job to go to college a few months ago. Reyes had plans to train to become a tattoo artist, Bradford said."Horrified. Absolutely horrified,'' said Bradford, 19. "I'm just like totally shocked. She was a confidant. She really encouraged me and my aspirations. She had a really bright future. She was really excited about her art and her goals.''

Also Thursday, Greenwich First Selectman Peter Tesei announced that a town public works employee who allegedly took photos of the body and crime scene has been placed on administrative leave pending an investigation. He declined to name the worker."The victim was a daughter, a sister and a cousin of a family who is suffering a tremendous loss at this time,'' Tesei said. ``This thoughtless and insensitive behavior by an employee is inexcusable. We extend our heartfelt condolences to Ms. Reyes' family.''

Reyes was reported missing on January 30, when she failed to show up for work. Her body was found a few miles from I-95 and 1.5 miles away from the Merritt Parkway, The Courant reported.

Police say they've been receiving tips and are following up on them.

Anyone with information has been asked to call 203-622-3333 or email tips@greenwichct.org.