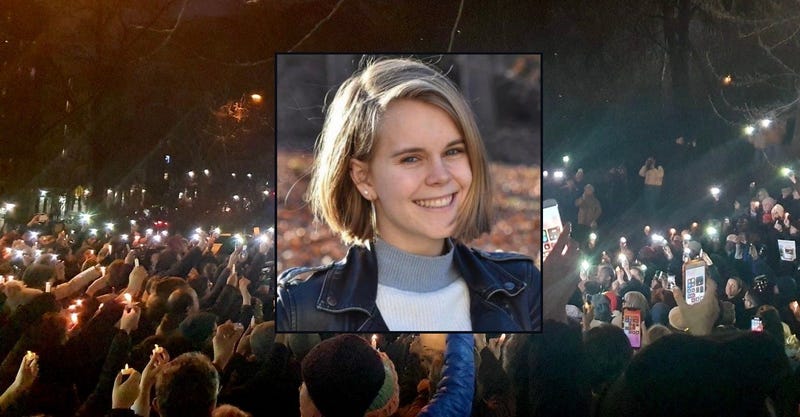 NEW YORK (1010 WINS) – A candlelight vigil was held Sunday evening in memory of Barnard freshman Tessa Majors, who was stabbed to death during a robbery Wednesday in Morningside Park.

The vigil was held by Barnard and Columbia college students, elected officials, community leaders and others near the spot at West 116th Street and Morningside Drive where the 18-year-old was killed.

It was very moving to see so many New Yorkers of different backgrounds come together for a candlelight vigil to mourn the tragic death of Tessa Majors, an 18-year-old Barnard College student who was murdered in Morningside Park in recent days. pic.twitter.com/mMyIbwz9jB

The attackers are all believed to attend a middle school near the park, police have said. NYPD divers were searching a pond in the park on Saturday.

At Friday's hearing for the 13-year-old, Detective Vincent Signoretti testified that the boy said his two friends grabbed Majors, put her in a chokehold and robbed her. The detective testified that the teen said he did not stab Majors — the boy watched his friend slash her with a knife and saw feathers flying out from her coat's stuffing.

The teen's lawyer, Hannah Kaplan of the Legal Aid Society, said police didn't have evidence beyond the statement from her client, who she said hadn't been arrested before.

“There is no allegation my client touched the complainant in this case,” Kaplan said. “He was merely present when this took place.” 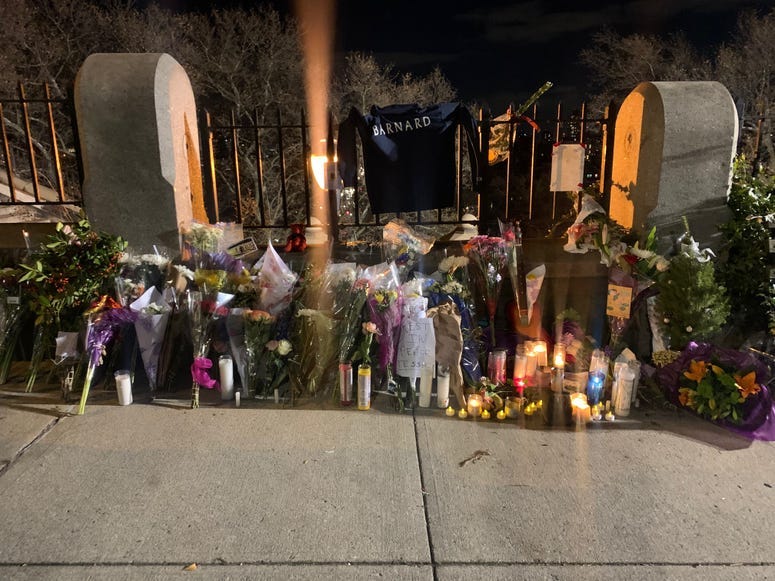 The crime has caused alarm in the Columbia and Barnard communities. At least one Columbia student, Yao Yu, says he was recently mugged at knifepoint by three teens in the same spot in Morningside Park.

Yu, an international student from China, says he had only been in the city a few days when he was robbed at knifepoint near 116th Street and Morningside Drive.

“They asked me where I was from and if I had any money. At first, I didn’t think they were threatening me, so I told them I didn’t have any money. Then, they showed me an open knife, so I gave them my wallet and they took my money,” Yu told the New York Post Friday. 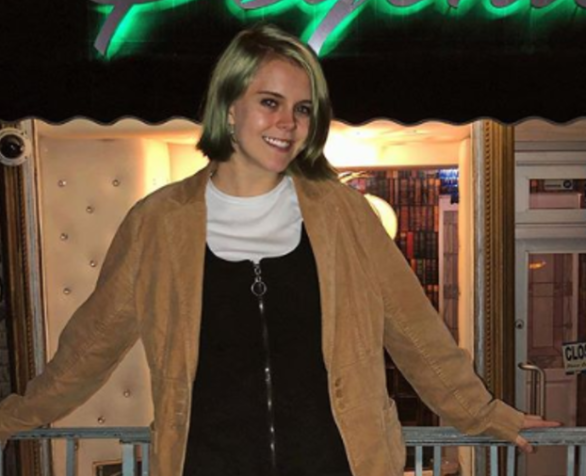 At a makeshift memorial where Majors was killed, a 16-year-old girl named Lia told 1010 WINS’ Carol D’Auria that she has lived her whole life on Morningside Drive and that she finds the killing hard to believe.

“I think I’ll go back and do the same things, but it will be slightly different,” she said. “I’ll look over my shoulder; check the time; remember what happened.”

Majors, from Charlottesville, Virginia, played in a rock band in New York and had told an editor from a newspaper internship in high school that she planned to take journalism classes in college.

Flowers and candles are being left at a makeshift campus memorial and her family said in a statement that they “are devastated by the senseless loss of our beautiful and talented Tess."

Majors was walking in Morningside Park, which is located down a staircase from street level, just before 7 p.m. Wednesday when she was confronted and stabbed during a struggle, Chief of Detectives Rodney Harrison said.

She staggered up the stairway to a nearby street, where she was spotted by a campus security guard who called 911, Harrison said. Majors died at a hospital.

Investigators recovered a knife Thursday but were not certain whether it was connected to Majors’ death. Police have since increased patrols around the park and campus, which is part of the Ivy League’s Columbia University.