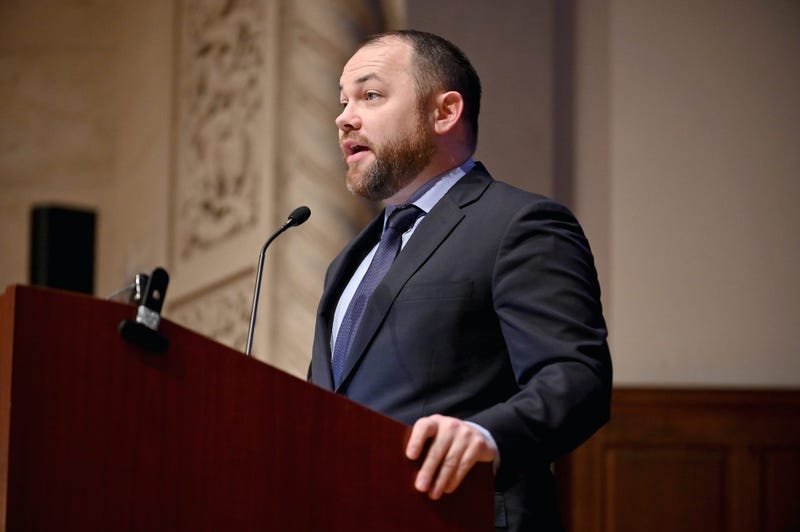 NEW YORK (1010 WINS) -- NYC City Council Speaker Corey Johnson said on Thursday morning he has made the "difficult decision not to run" for mayor.

"It was no secret that I had been considering a run for Mayor, and that I have put my campaign on pause for the past six months," Johnson, 38, said in a lengthy statement. "I felt strongly that it was the right thing to do considering all that our city has been going through, including COVID-19, the resulting shutdown and economic pain, and the long overdue national reckoning on race.But, he explains, "Just as I was open about the fact that I was considering a run for Mayor, I now want to be open about the fact that I have made the difficult decision not to run. This challenging time has led me to rethink how I can best be of service to this city, and I have come to the conclusion that this is not the right path for me. I thank everyone who supported my campaign for this most important job. I was so inspired by the passionate, knowledgeable and committed New Yorkers I met throughout this process. I know that there are plenty of good candidates in the race, and I wish them well."

Johnson is prevented from seeking a third consecutive term on the City Council because of term-limit laws. He has not ruled out a future run for another office such as Congress, though.

Johnson also revealed in his statement that he has been dealing with depression over the past few months.

"I am sharing this because I know from experience the value of speaking honestly about one’s struggles," he said. "I’ve been open about my sobriety, which along with my partner and mother, has been instrumental to me during this difficult time, and my HIV status. I believe it’s important to be open about this as well. Too often mental health issues are shrouded in secrecy and stigmas, which causes people struggling with these issues to feel alone. I encourage anyone who is experiencing a mental health condition to seek help. I did and I am better for it."He concluded, "I want to be clear that my decision to end this campaign is not the end of my public life. Far from it. I will continue serving as Speaker of the City Council and working to improve the lives of New Yorkers. I love this City with all my heart and I believe by working together, we will come back stronger than ever. Let’s continue looking out for one another and fighting for the greatest city in the world."