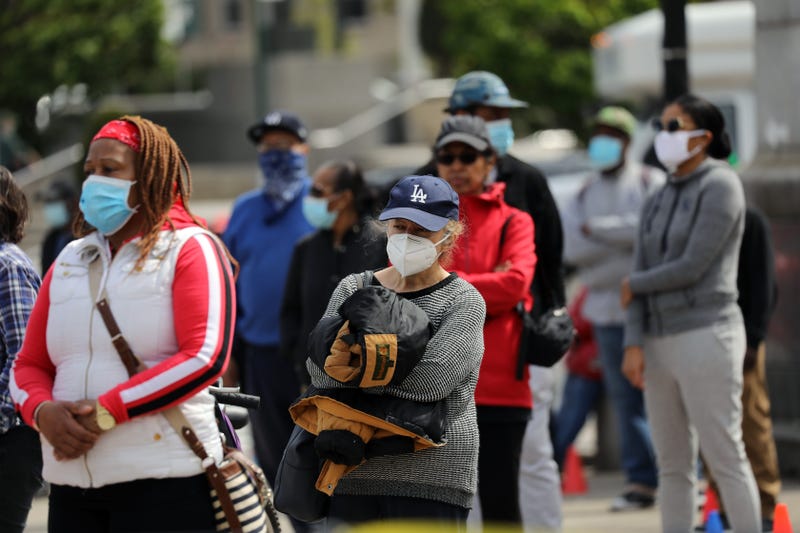 NEW YORK (1010 WINS) -- Gov. Andrew Cuomo warned New Yorkers on Friday about a deadly illness associated with COVID-19 that's affecting kids as he reported 216 more deaths in the state from the coronavirus.

There have been 73 reported cases in NY of children getting severely ill with symptoms similar to Kawasaki disease and toxic shock-like syndrome.

On Thursday, a 5-year-old boy passed away from these complications, believed to be caused by COVID-19.

The governor said at least 73 children in the state have a severe illness connected to COVID-19, the symptoms of which are similar to Kawaski disease and toxic shock-like syndrome. It is known as pediatric multi-symptom inflammatory syndrome.

Cuomo said a 5-year-old boy in New York City died from the mysterious illness Thursday. The governor said the state is investigating his death and the deaths of several other children in the state.

"This is every parent’s nightmare," Cuomo said. "That your child may actually be affected by this virus—but it’s something we have to consider seriously now."

The death of the boy in New York City came shortly after health officials in Westchester said that a 7-year-old boy there had died from the illness. The boy died at Maria Fareri Children’s Hospital in Valhalla last week.

Officials said they're still investigating whether underlying conditions played a role in the boy's death.

Cuomo said caregivers should seek help immediately if their child has:

Speaking from Marist College in Poughkeepsie, Cuomo said 171 of the 216 people who died since Thursday passed away at hospitals, while 45 died in nursing homes.

The number of new daily deaths has been in the 200s all week.

"We would have hoped to see a steady sharp decline in those numbers. We went up very quickly," the governor said. "That’s not what’s happening… it’s more flattening out."