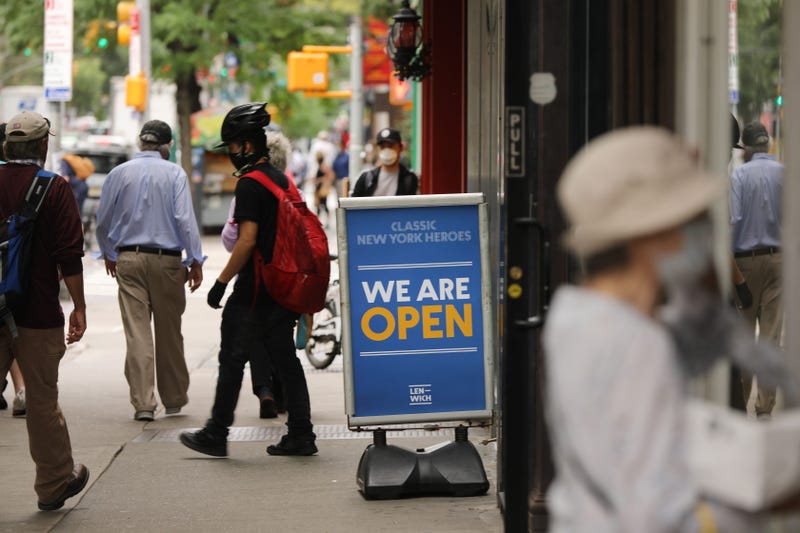 NEW YORK (1010 WINS) – Deaths from the coronavirus in New York state dropped to their lowest level—last seen in late June—on Saturday as Gov. Andrew Cuomo again warned that spiking cases in other states threaten the progress made here.

There were five deaths on Saturday, Cuomo said in a press release Sunday. That’s the lowest daily death toll since June 28, when five deaths were also reported, and the lowest since the pandemic began.

Total hospitalizations are at 801.

The state’s death toll from coronavirus is now 24,979.

There were 677 new cases of coronavirus in the state Saturday, bringing the statewide total to 401,706.

A total of 801 people were hospitalized Saturday, two more than the low of 799 on Friday.

“Today's numbers remain low and stable, but it is up to us to keep it that way,” the governor warned in a statement.

“What's happening elsewhere in the United States is very concerning to us here at home, and our ability to avoid the same fate rests on New Yorkers' willingness to wear masks, socially distance and wash their hands, and local governments' willingness to enforce state guidelines,” the governor said.

In an interview Friday, Cuomo said he believed a spike in cases was inevitable in New York because of the surge in cases in other states.

In his statement Sunday, the governor also said the state was "closely monitoring" an uptick in cases in Rensselaer County, east of Albany.

Cuomo said a number of the cases "are being investigated as being linked to several individuals who tested positive for COVID-19 after traveling back to New York from Georgia."

Travelers from Georgia and 18 others states are required to quarantine for 14 days if they come to New York, New Jersey or Connecticut.