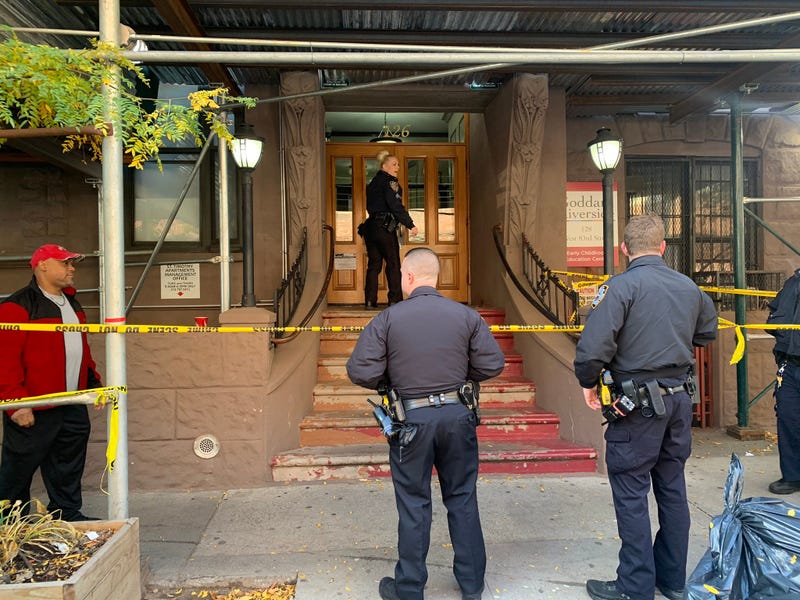 Two men broke into a first floor apartment on West 82nd Street, between Columbus and Amsterdam, around 6:30 a.m.

The victims' mothers says her 21-year-old son and girlfriend woke to the two semi-masked men over the bed, and demanded money.

Police say the victim suffered facial injuries after attempting to fight the robbers.

The suspects took an ATM card, a PlayStation and their chocolate Labrador, Nala.

The game console was left on the sidewalk and the dog was found by police wandering the street a block away.

#NYPD dusting for fingerprints on PlayStation reported taken by the two men they say pushed into the first floor apartment. #1010WINS pic.twitter.com/noO5EP1YYX

Officials say the suspects withdrew $500 dollars from the victim's account.There is no word on why the victim was targeted.

The victim's mother says the door was locked and is not sure how they got into apartment or building, which has several cameras.